Note: since this post was written, bullet train routes have opened from Chengdu to Kunming (6 hours, via Guiyang) and Kunming to Dali (2 hours), so the Panzhihua-Lijiang shortcut isn’t the major time-saver it used to be. It is still the most direct route though, and remains the best option if budget is your main priority

If you’re in China and planning to go from Chengdu to Yunnan overland (but don’t plan on doing the awesome-looking but quite involved backdoor route through the Tibetan Kham region), there’s a handy little shortcut you can take off the main route from Chengdu to Kunming which can save a lot of backtracking later on.

(I haven’t done the 1-week Kham region backdoor route (from Chengdu to Shangrila) but it does look awesome – see here for description and pictures of the route. I did do the similar overland route through the Tibetan Amdo region from Xining (Qinghai) to Chengdu, which was really good although it wasn’t what I’d actually gone to Xining to do – my attempt to visit Lhasa & Everest having been thwarted by the Chinese government’s restrictive travel rules in Tibet)

After visiting Sichuan, many travellers take the train (the old, slow type) all the way from Chengdu to Kunming, then do the classic Yunnan route (Kunming – Dali – Lijiang – Tiger Leaping Gorge – Shangrila) from there, and then end up backtracking all the way to Kunming again.

And that’s a big old backtrack! To avoid doing it, instead of taking the train all the way to Kunming you can get off at Panzhihua (in the far south of Sichuan province), and take a bus directly up from Panzhihua to Lijiang. From Lijiang you can then head up to Tiger Leaping Gorge and Shangrila, and then down to Dali and Kunming with minimal backtracking. 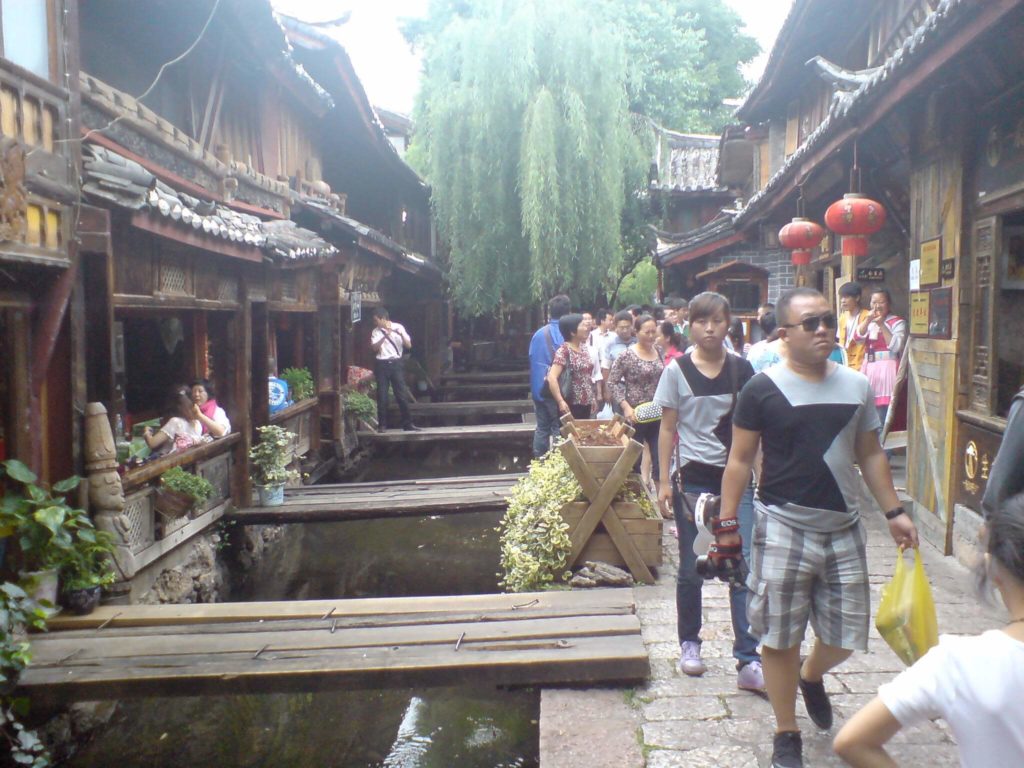 If you take the night train from Chengdu, shuttle buses are waiting when you get off the train in Panzhihua to take you to the bus station, and you can be in Lijiang by mid-afternoon. When you get off the train it’s a pretty chaotic scene, various buses waiting to shuttle disembarking train passengers off here and there, with touts running around yelling the destinations out and grabbing passengers. The bus station is on the other side of town, and the touts at the train station will get you on to a shuttle bus to the bus station, while taxi drivers will also try to grab you. It’s all a bit of a shock at 6am, but you should be able to find the right bus; don’t take a taxi to the bus station, it’s an unnecessary waste of money. When I did this, I grabbed one of the touts and told her Lijiang, she took me to a minivan which I could see had 丽江 on the front – I wasn’t sure if that was the actual bus or a shuttle bus, but it turned out it was just doing the short shuttle run (30 minutes or so) to a roadside bus station (of sorts). The ‘station’ was more like a waiting and sorting area, where I scored a very decent breakfast of dumplings and canned coffee while the rising sun revealed some dramatic scenery around us, and eventually we were called to board the bus to Lijiang (an actual bus rather than a minivan) and we were on our way. 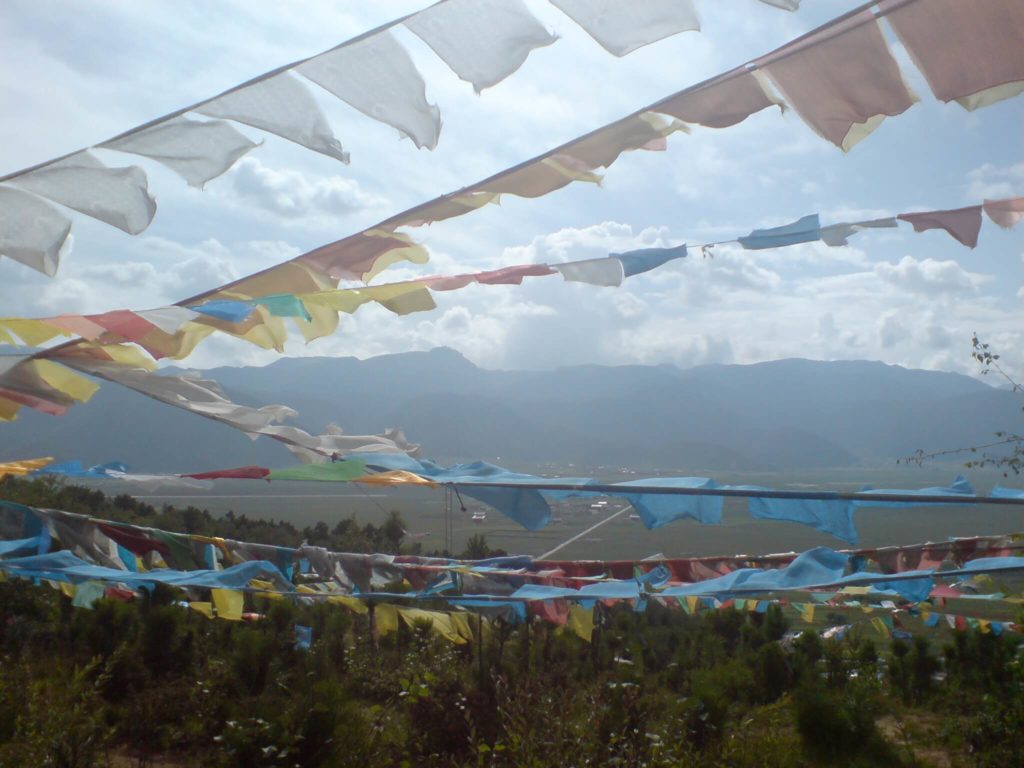 Not only is this Panzhihua to Lijiang bus ride a good way to avoid a long backtrack later on, it’s also a good little trip in its own right; it wasn’t the most comfortable bus, but the scenery on that bus ride is in places absolutely stunning as the road climbs from 1000m in Panzhihua to 2400m in Lijiang.

Was hard to get good pics, but here’s some bus window photography to give an idea of the dramatic scenery and the altitude gain: 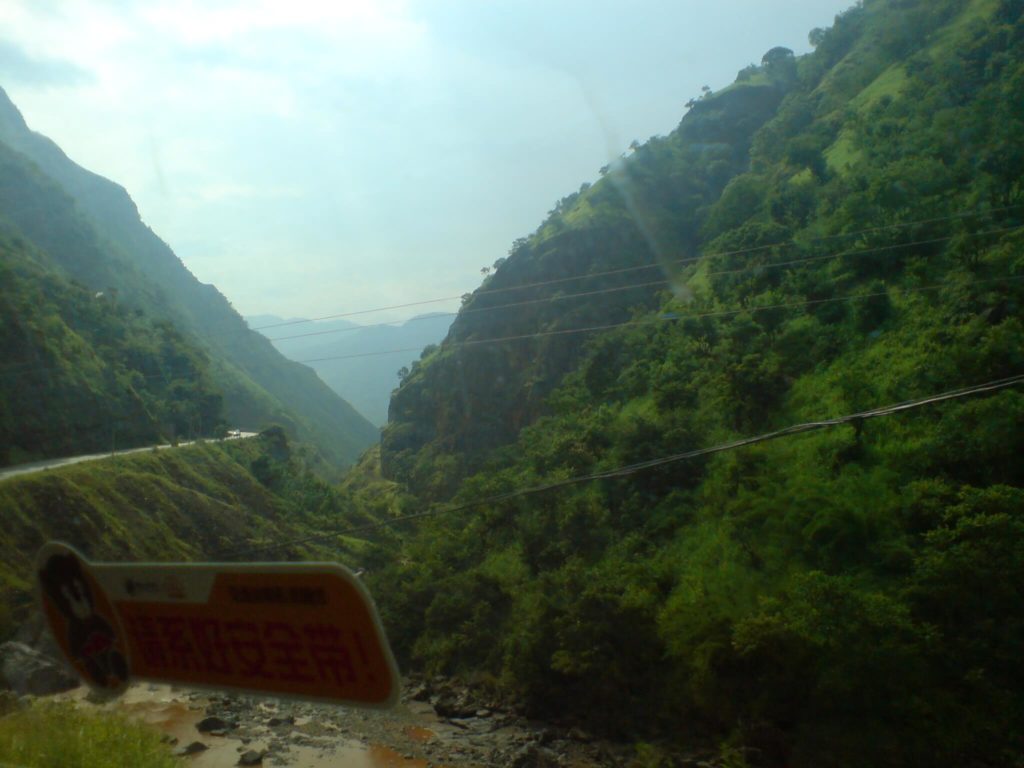 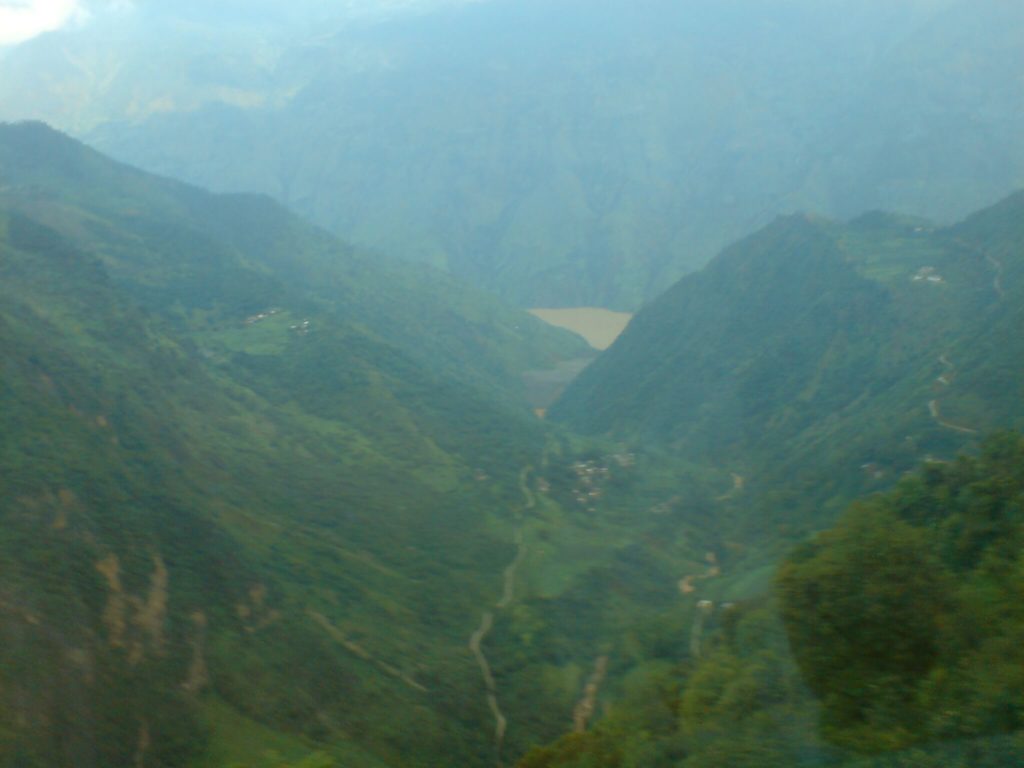 (A word of warning though – there was no toilet on the bus, and the roadside toilets we stopped at were the stuff of horror movies – one in particular sticks out, a pit toilet in an outhouse in which the pile of excrement actually protruded out the top of the pit, mere inches from the backside of anyone brave enough to squat over it, the flies buzzing from you to the shit and back again. Truly disgusting – bad enough to make a Glastonbury festival toilet on Sunday evening look like a Buckingham Palace powder room – and you would be well advised to try and time your number 2 business accordingly)

Toilet situation aside, it’s a cool bus ride and a big time-saver on a Chengdu to Yunnan itinerary (at least until the Chengdu – Kunming bullet trains start running). Update: with the bullet train now an option, if you take a morning train from Chengdu you can make it to Dali by early evening with a change at Kunming.

Train tickets: these days it’s easiest to book your train tickets online. You still have to queue up at the station to physically show your ID and pick up your tickets, but that’s better than it used to be; if you know your dates you can book multiple trains in advance and pick all the tickets up at the same time. Unless you have a Chinese residency number you can’t use the official site, so I recommend using 12go Asia*

For more on Yunnan see here for pics and here for info on overland routes to SE Asia; for more China posts click here