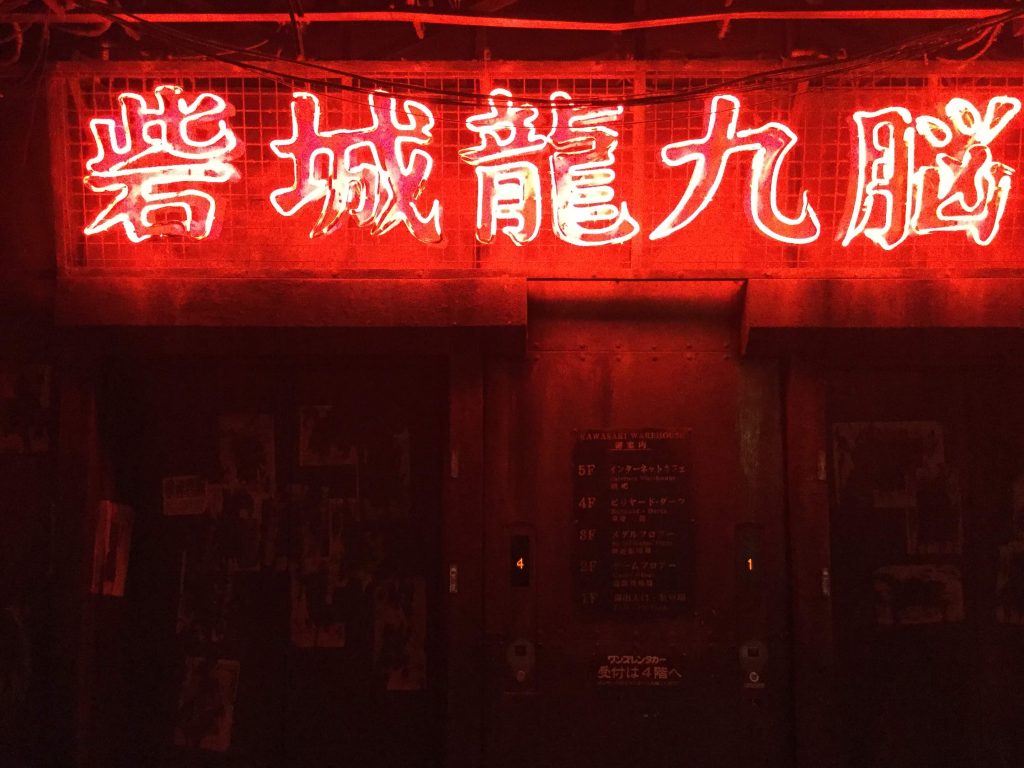 (which is a great novel if you’re interested in sci-fi & Japan), which features a virtual reality community based on it. 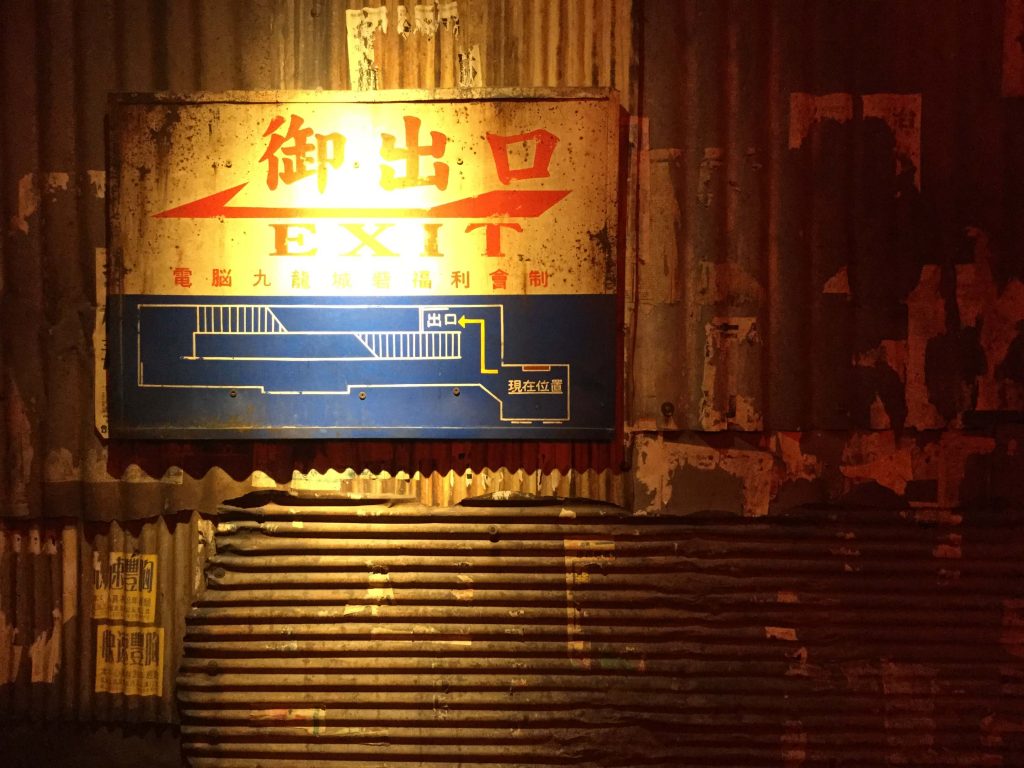 A lawless, ramshackle, and insanely densely populated corner of Hong Kong, full of illegal businesses and criminal activity, the Walled City was demolished in the 90s. The Wikipedia page has a rundown of its history and some good photos, and this German documentary shows what life was like in its warrenlike interior:

But although the original may be long gone, you don’t need virtual reality to get an idea what it was like – if you’re visiting Tokyo, with a quick train ride down to Kawasaki you can check out a painstaking recreation of the Walled City within a games arcade. 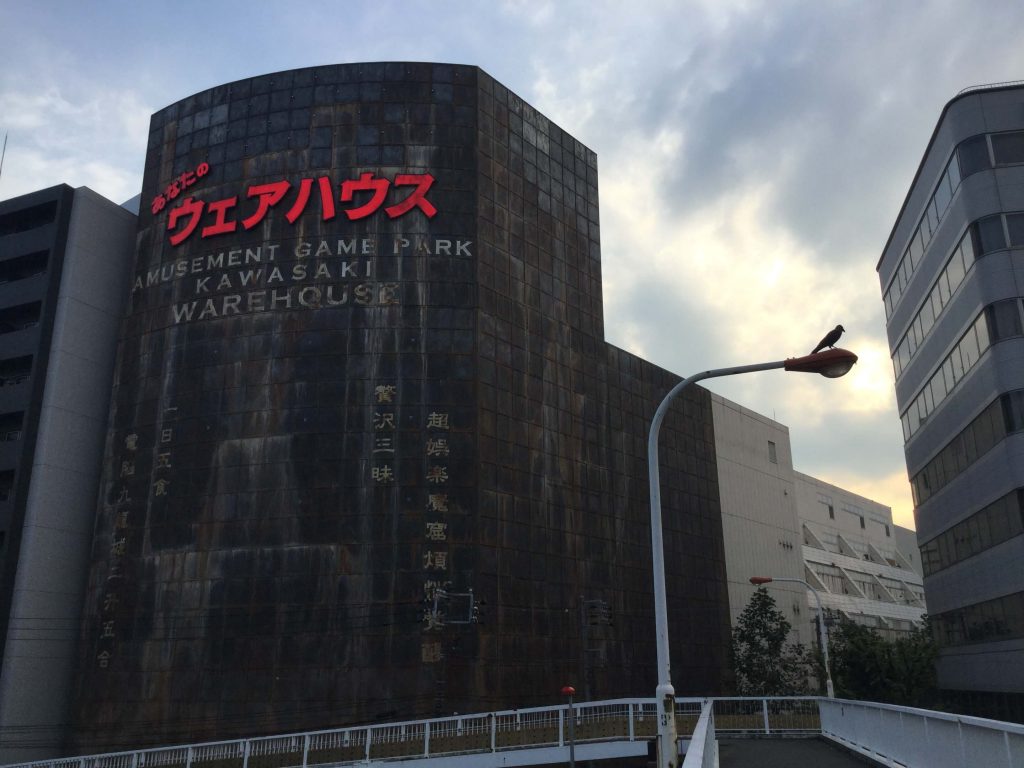 Anata-no-warehouse (‘Your Warehouse’) or Kawasaki Warehouse is a short walk south of Kawasaki Station, the distinctive exterior making it easily recognisable nestled among the regular office blocks. 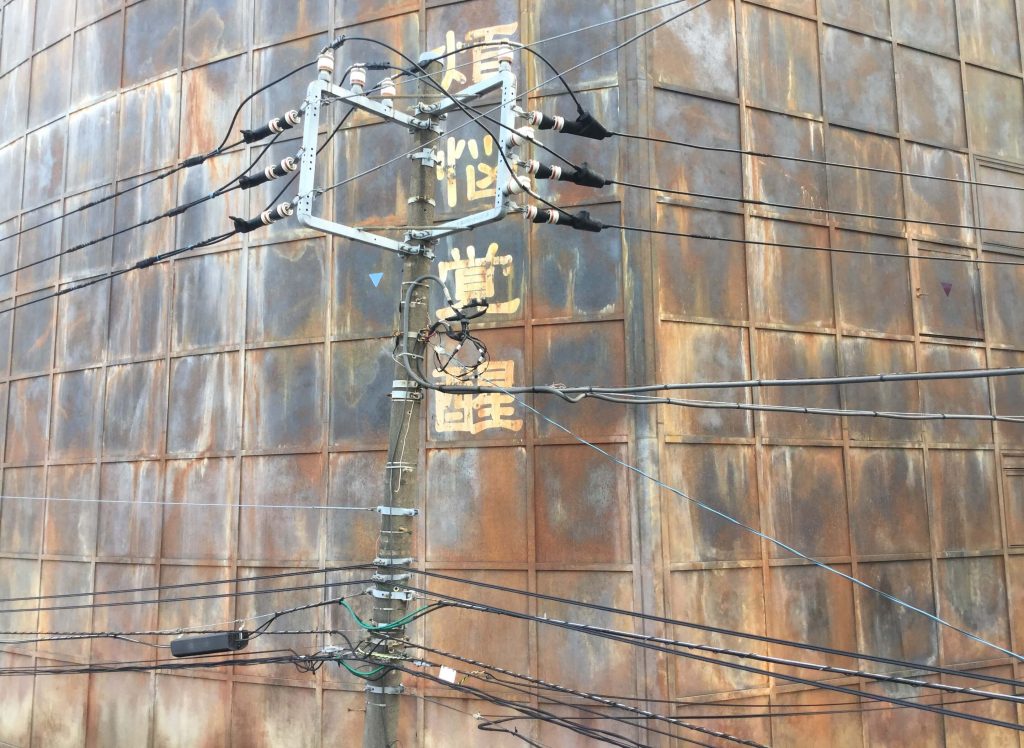 There’s no entrance fee as the place functions as a regular games arcade, just one that happens to contain a partial reproduction of Kowloon Walled City! 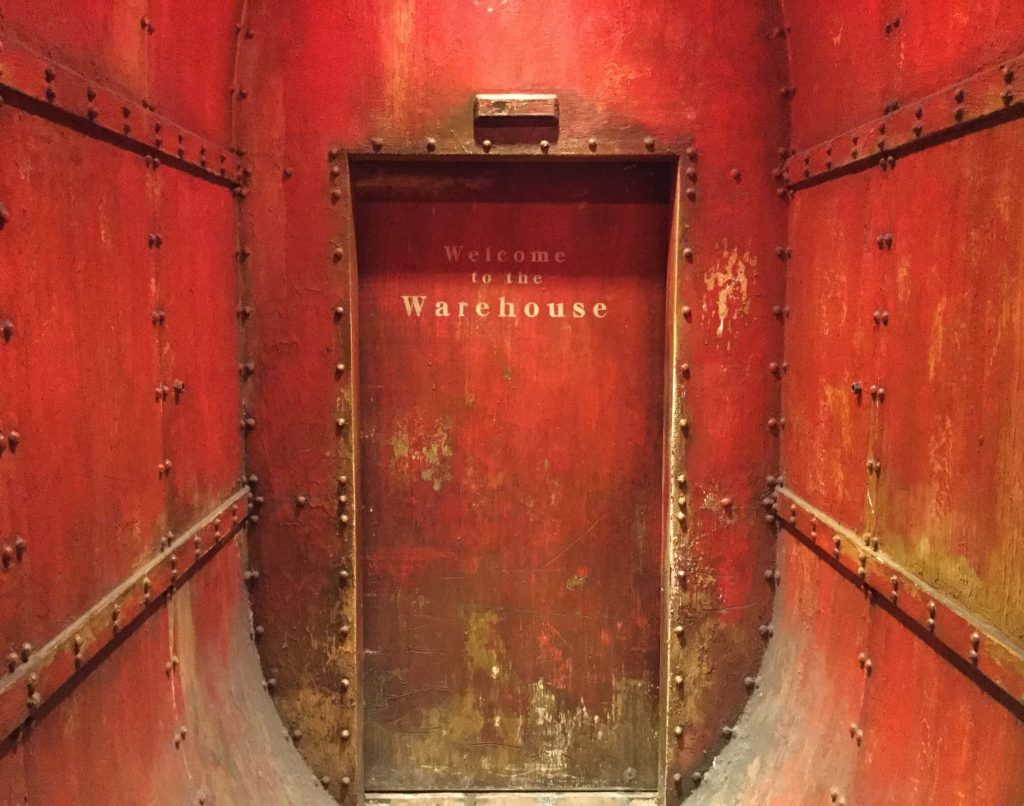 The entrance is like something from a video game, but once inside you’re straight into the Walled City, dark & dingy, amazingly detailed, with a background soundtrack of cooking noises, machinery, and snippets of Cantonese conversation. 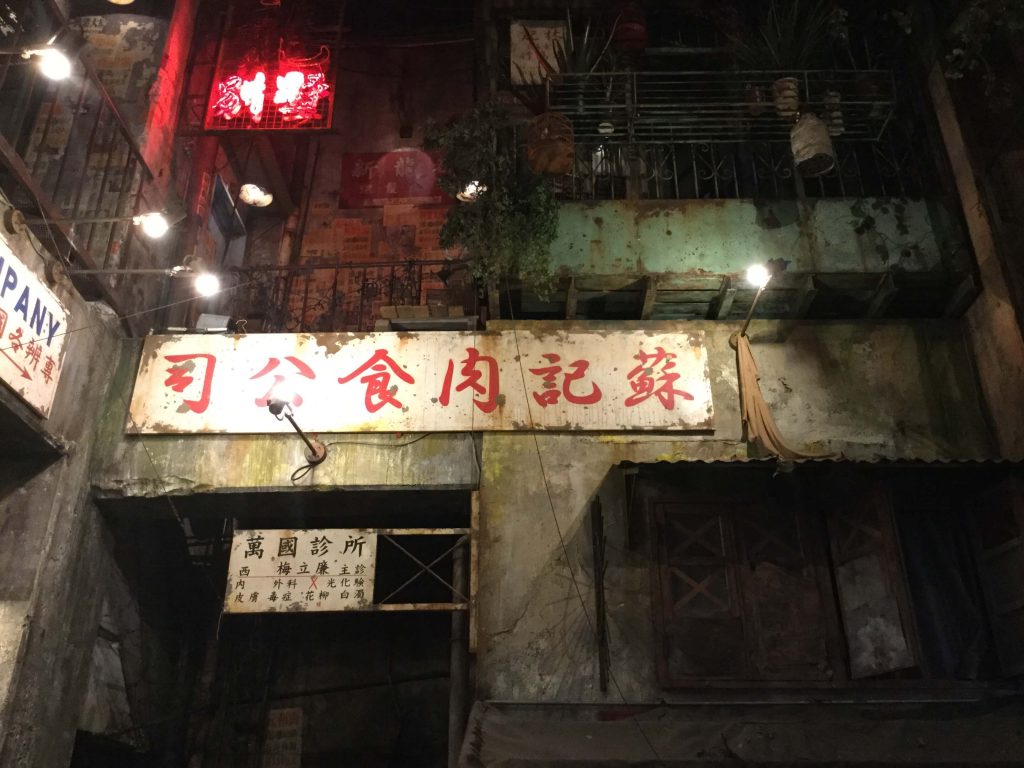 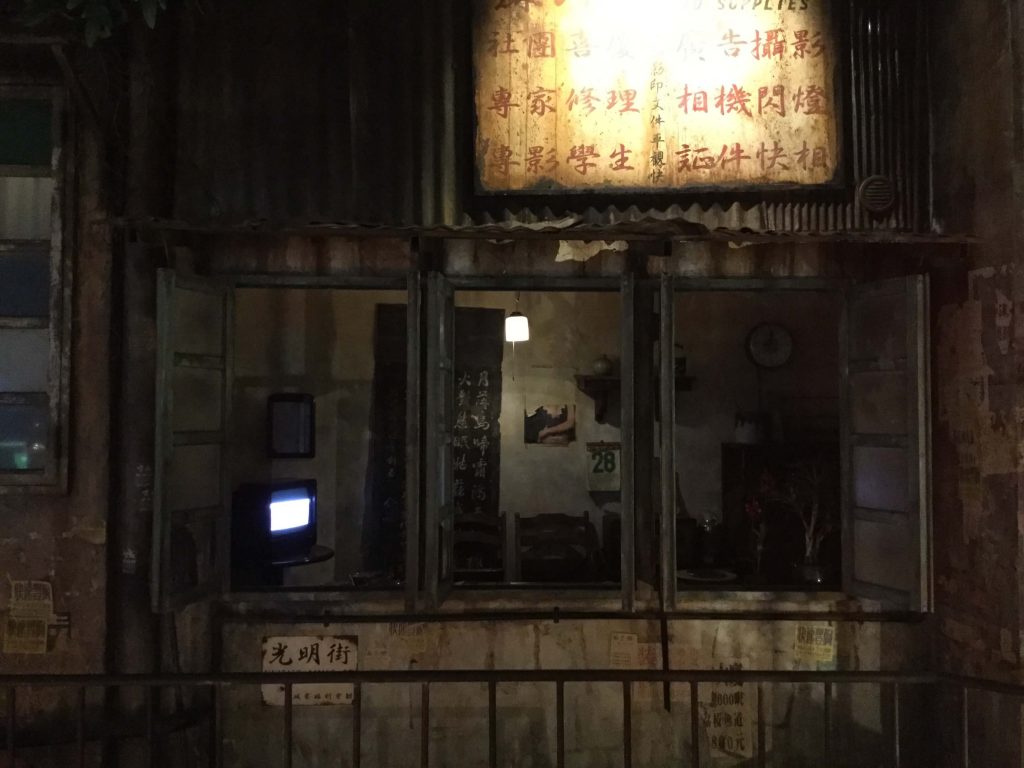 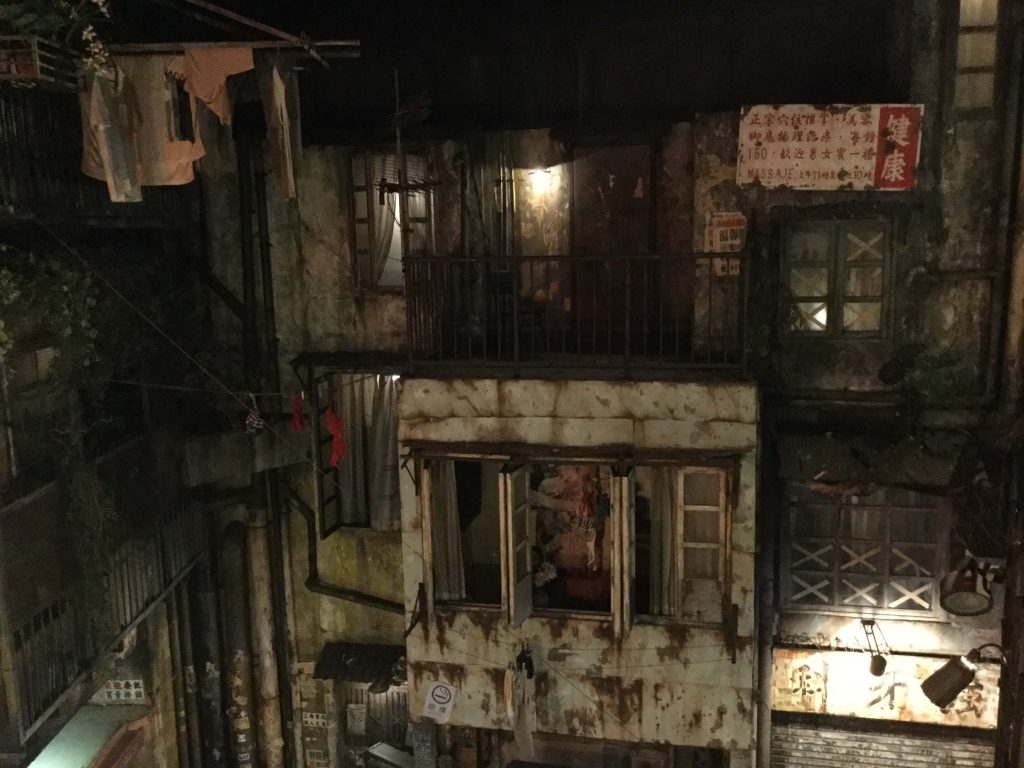 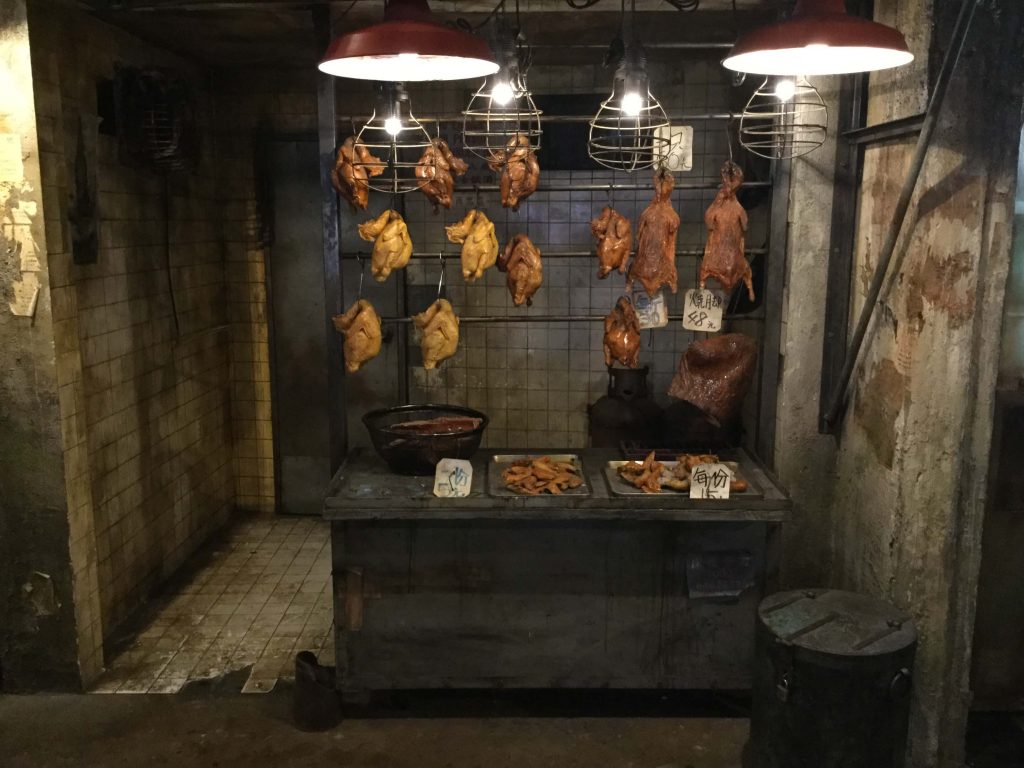 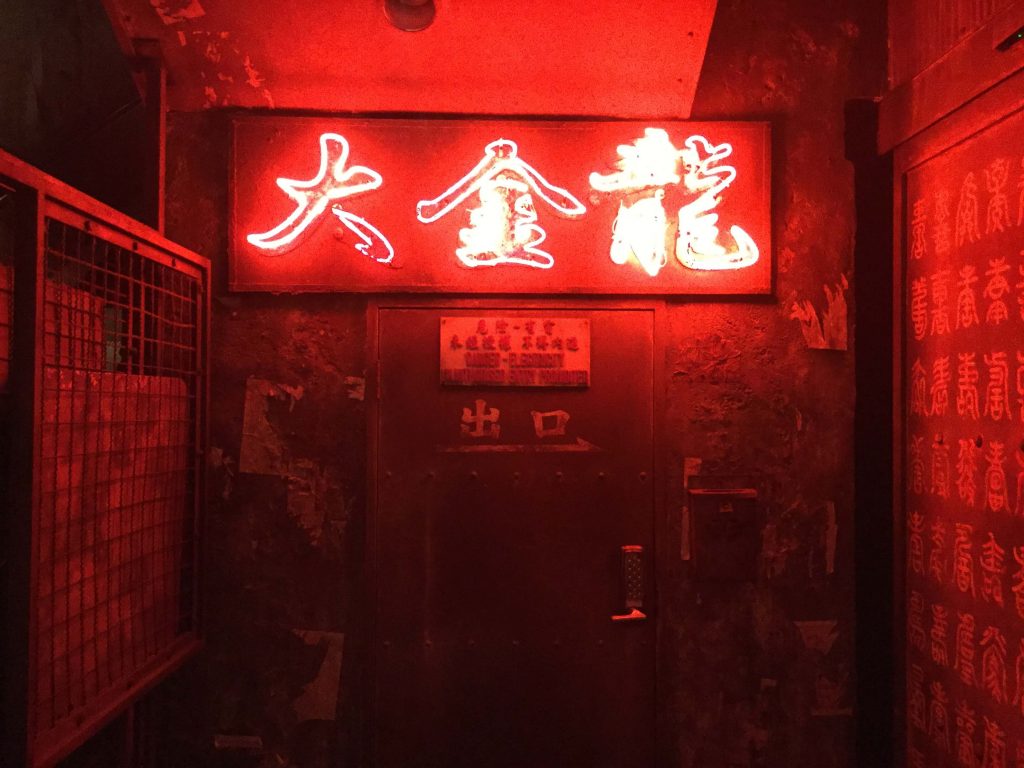 It spreads over several floors, and they’ve made sure to give it a seedy, grungy feel: 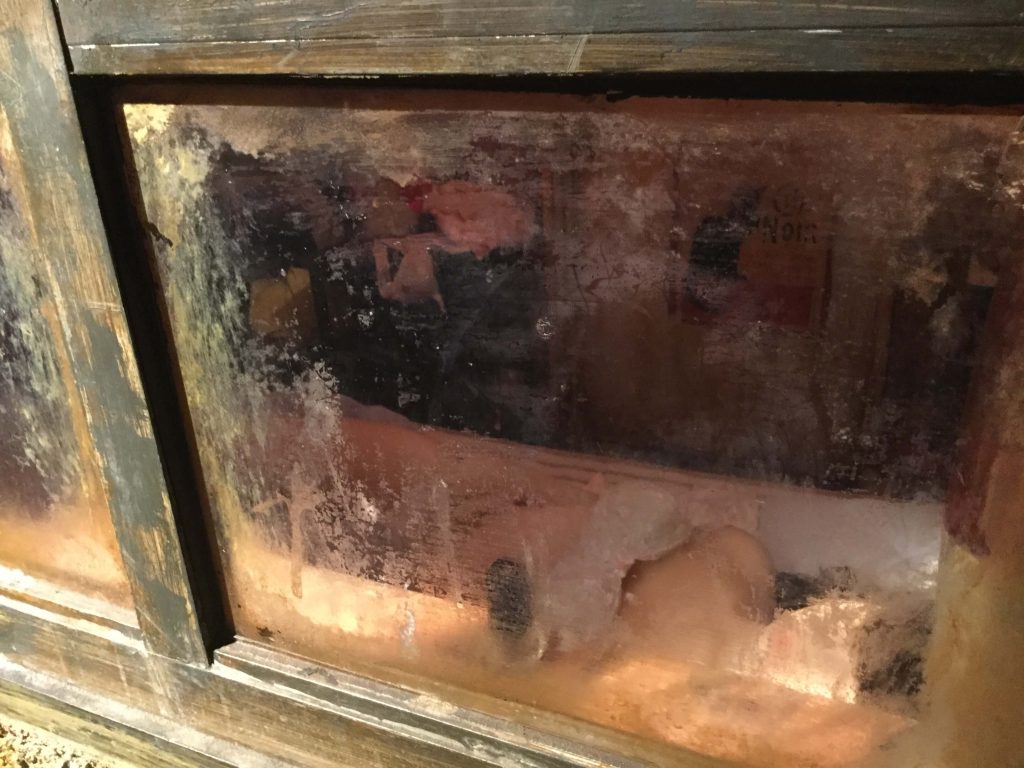 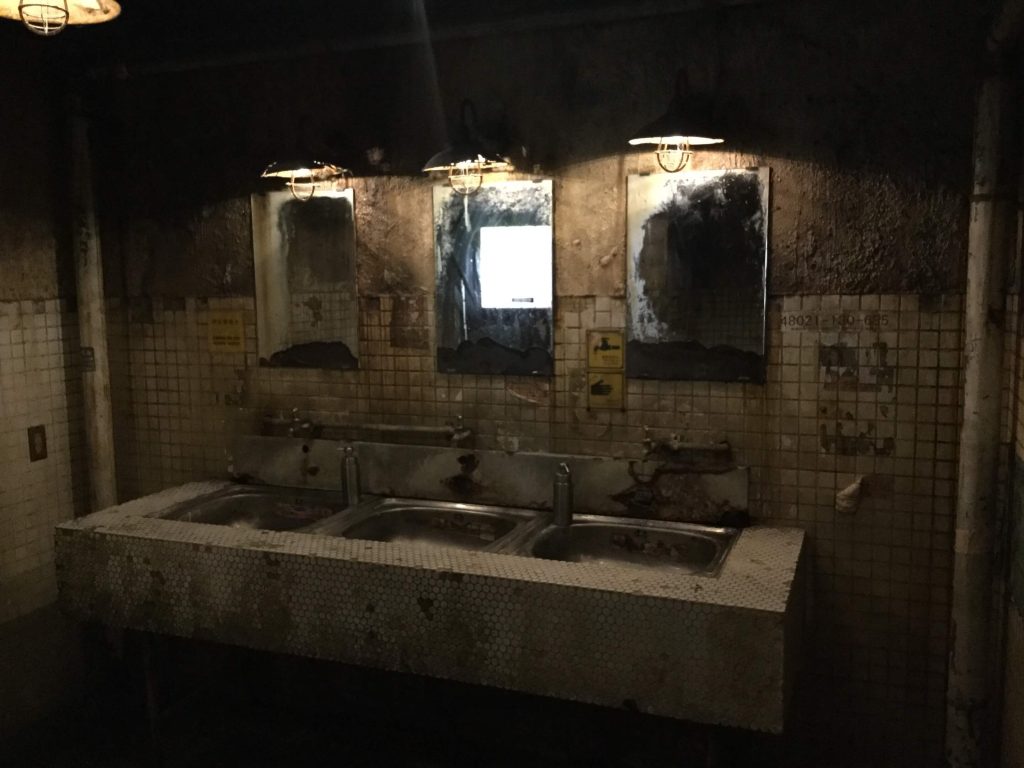 Some of the arcade machines are set up within the Walled City area: 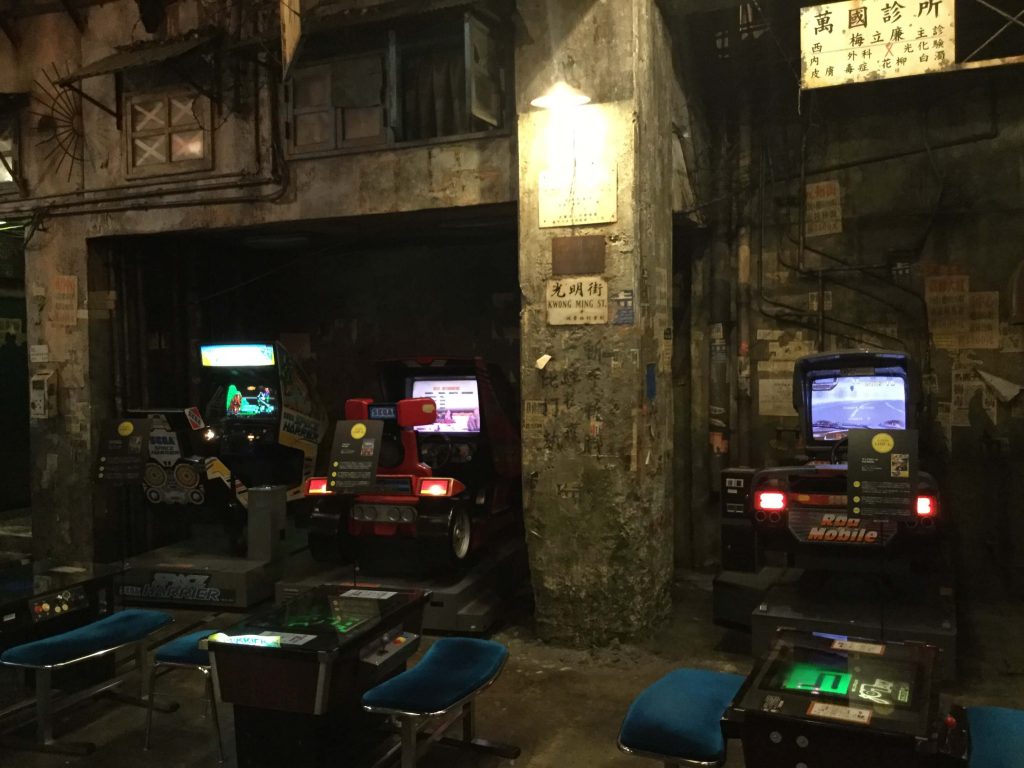 But the majority of them are in regular games rooms beyond the Walled City: 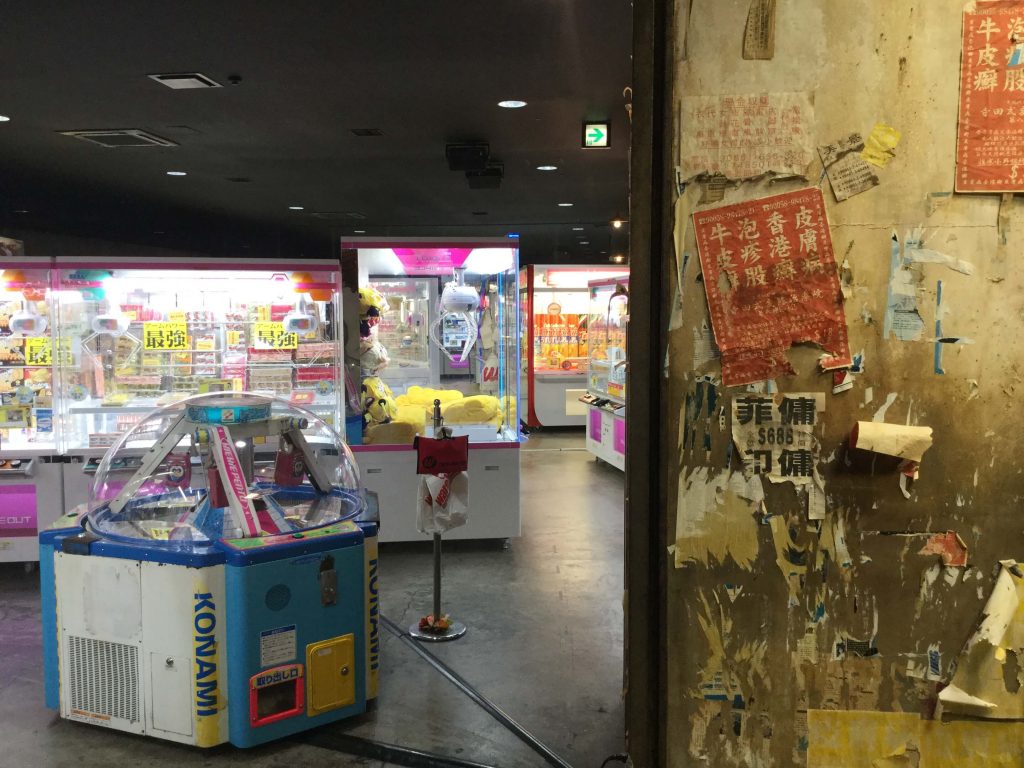 The Walled City doesn’t take up the entire interior, and actually most of the building is a regular gaming centre.

The rear entrance (to the parking area) is also pretty interesting, again looking like something from a first-person shooter: 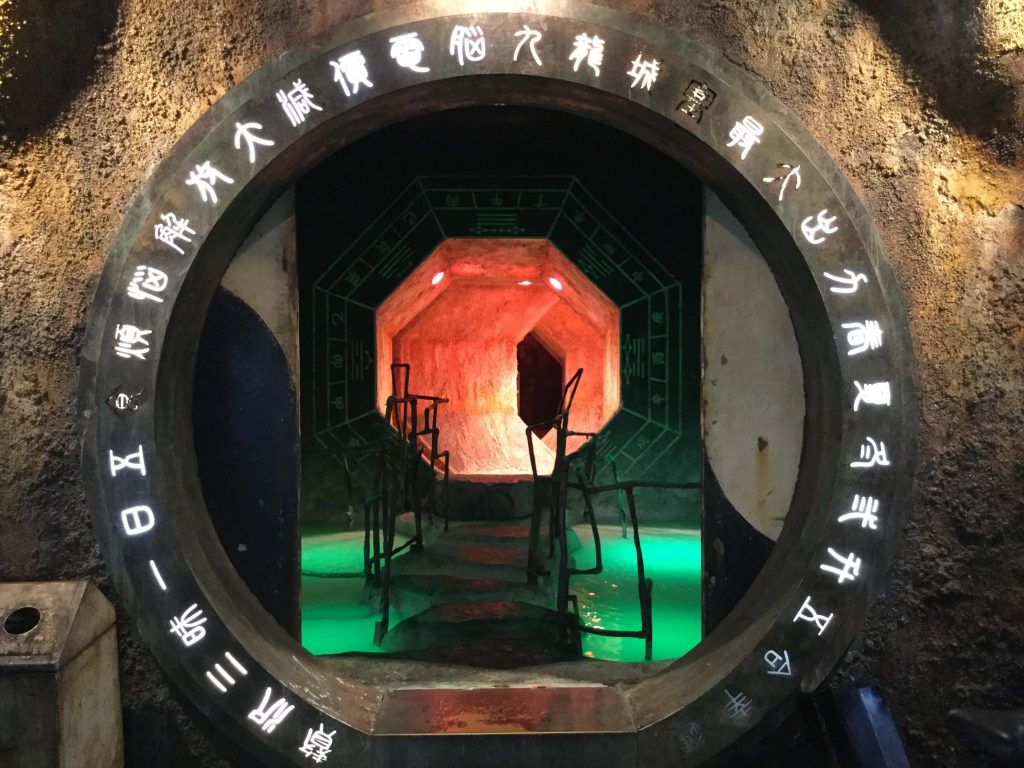 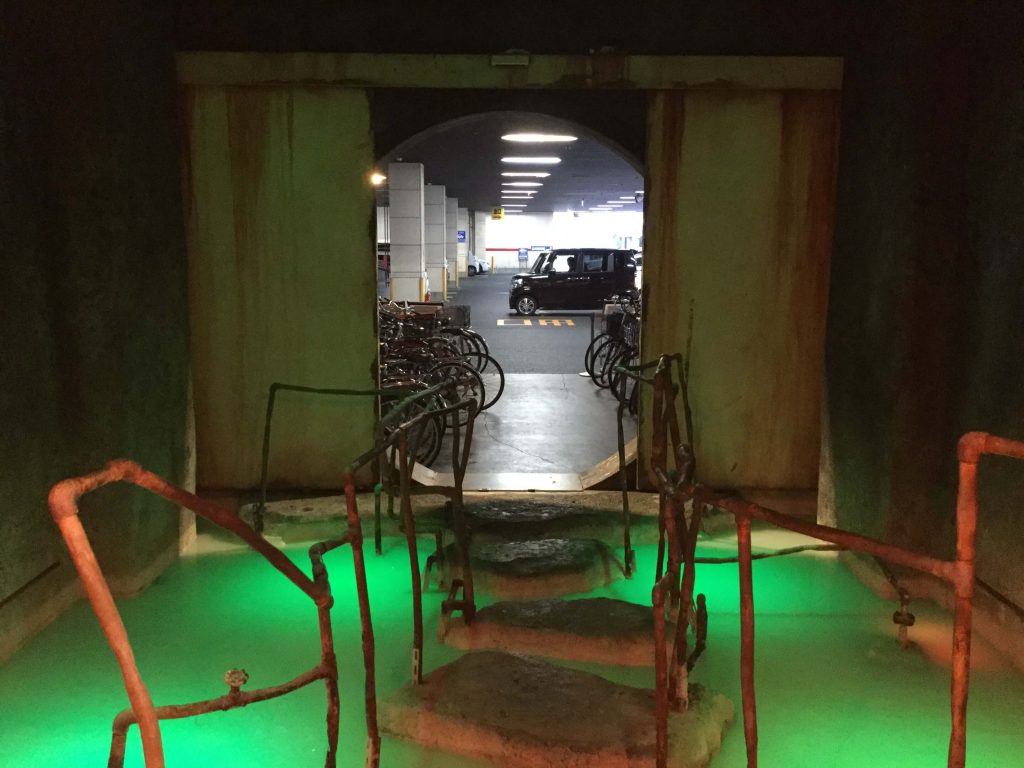 The whole thing doesn’t take long to walk around and snap some photos, so including the train ride from Tokyo this is something you can do in a couple of hours, or as a stop en route from Tokyo to Yokohama. For anyone interested in cyberpunk works like Ghost in the Shell, William Gibson’s novels, etc, it’s a worthwhile little half-day trip to go check it out.