When I was living in Tokyo a few years ago I sometimes used to walk half an hour from my place down to Ikebukuro if I needed to do a little shopping or whatever. On one occasion as I got near the station area I could hear a crowd calling in response to an amplified voice, and started seeing loads of police at all the intersections. Sounded like a bit of a protest going on or something, so I went to have a look. 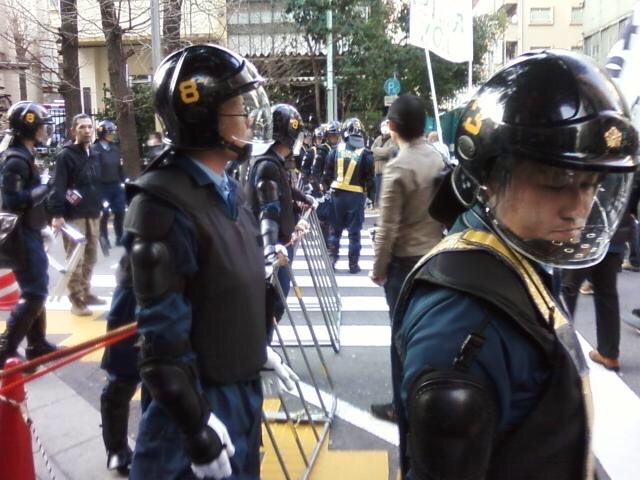 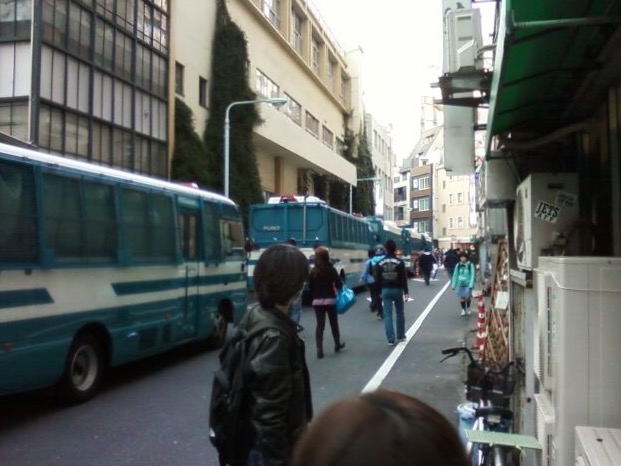 Turned out to be an ultra-nationalist demonstration by an uyoku dantai group, apparently marching against the existence of people who aren’t Japanese; while Japan has a largely deserved reputation for politeness and civility, there are some seriously nasty bags of shit there who’d love to kick out all non-Japanese from Japan (including Japanese citizens of the ‘wrong’ ethnicity), deny all Japanese atrocities in WWII and believe that Japan was forced into the war against its will, go and hang out in WWII uniforms at the controversial Yasukuni Shrine, and just generally like to whine and bitch about foreigners. Their main targets are long-term Korean & Chinese residents (some who are Japanese citizens, some not), but basically they’re just a steaming pile of racist twats. 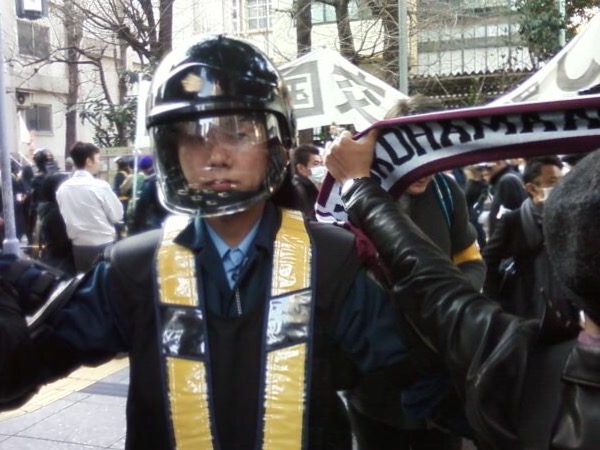 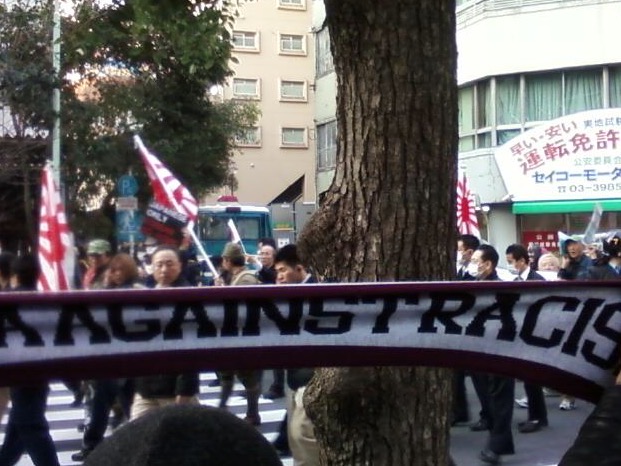 The amplified voice was that of a woman sat in the passenger seat of a white van at the head of the march, yelling slogans about Korean & Chinese people, Japan’s territorial disputes with China, Korea, and Russia, and a whole bunch of stuff I couldn’t catch; the banners held by the marching crowd bore similar messages alongside a large number of military flags. One bloke caught my eye at one point and gave me the middle finger, shouting at me to go home; I gave the middle finger back and suggested that he fuck off. It was a seriously tense atmosphere, and if those lines of riot cops hadn’t been there it would most certainly have been a riot.

And then suddenly, not sure what happened exactly, but the white van seemed to have taken a wrong turn – it went into a backstreet and for a moment there were no police around, and the van was surrounded by counter-demonstrators. The occupants came out swinging and a brawl started, with the police scrambling to the scene just in time to pull people apart and stop things getting out of control. There still ensued a lot of pushing, shoving, and in your face shouting between the two sides, and the group of thugs who’d emerged from the van looked like a particularly scummy bunch of specimens (along with a white-haired elderly gentleman with a yakuza boss vibe, who was possibly arrested or perhaps just led away by the police for his own safety). 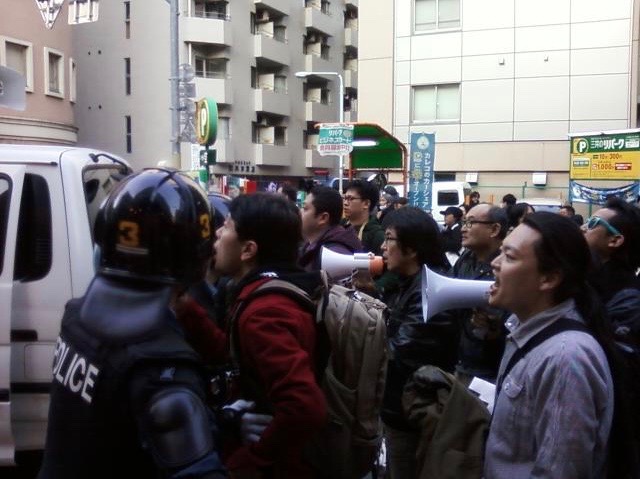 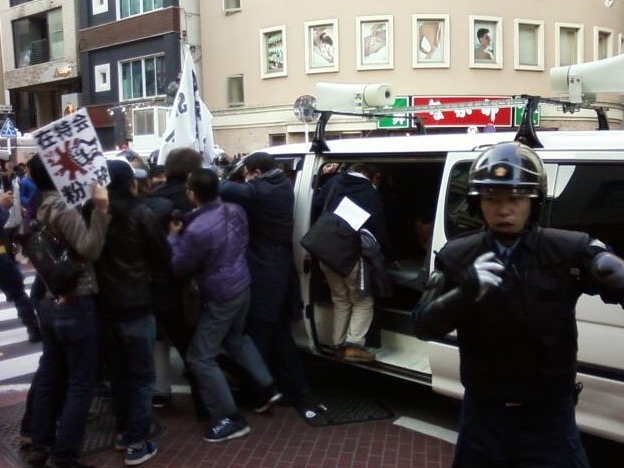 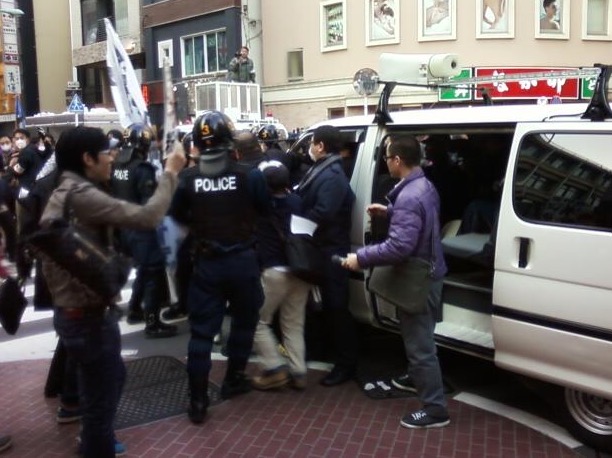 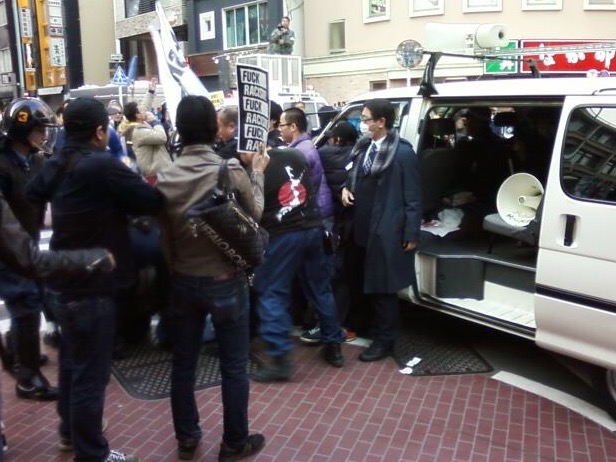 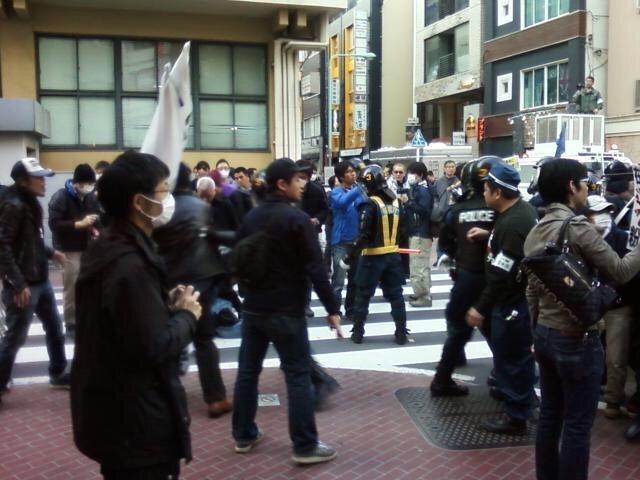 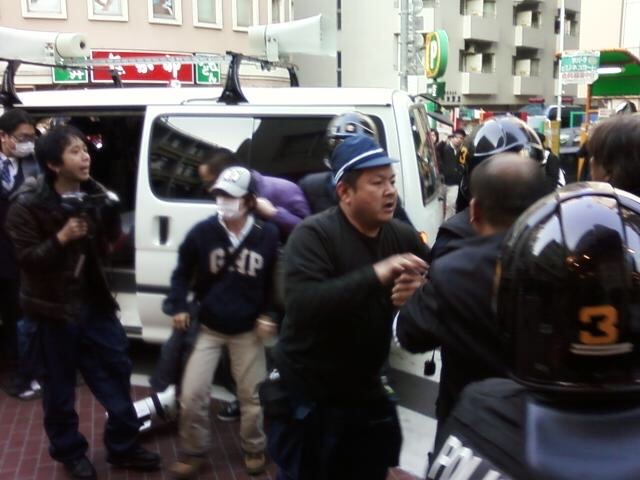 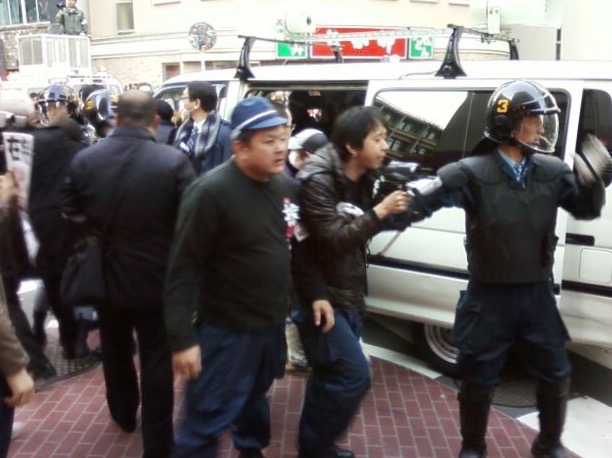 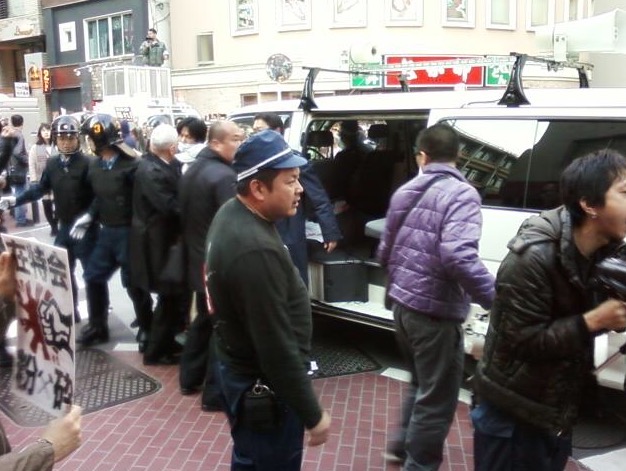 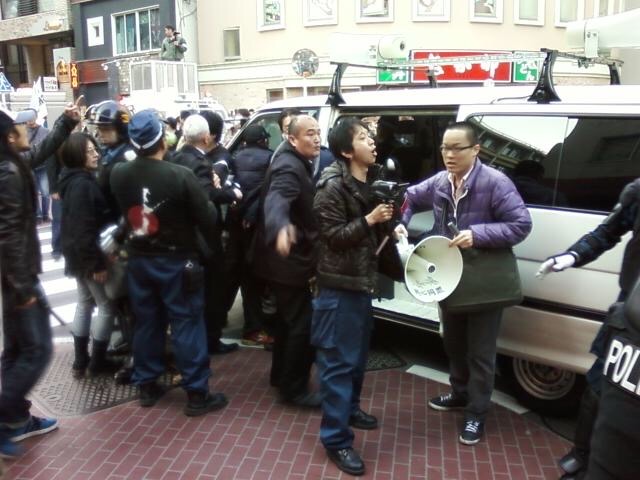 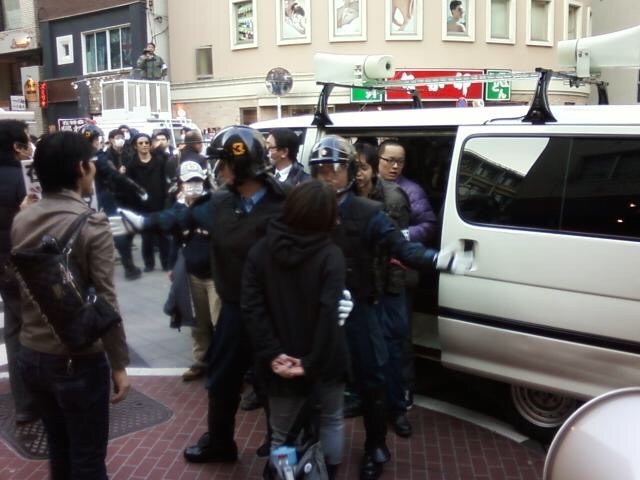 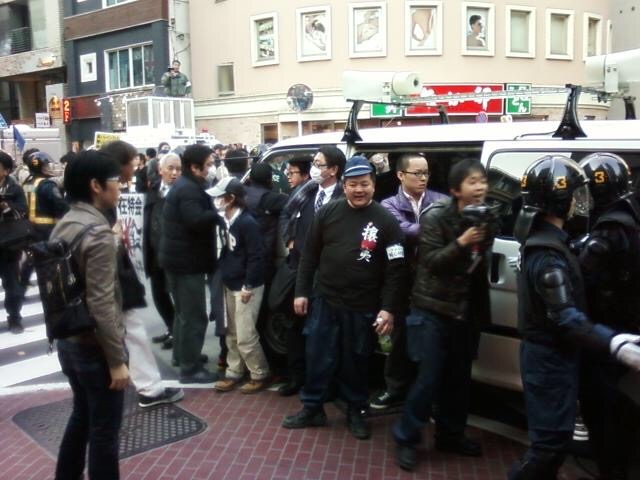 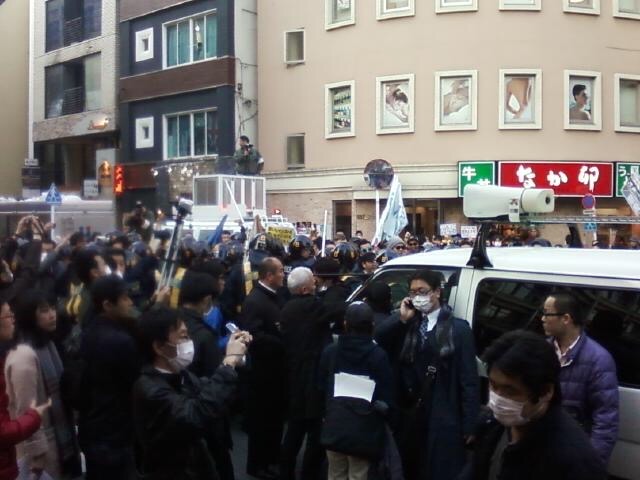 The police eventually formed a thick cordon to keep the two sides apart and create an exit route for the van. 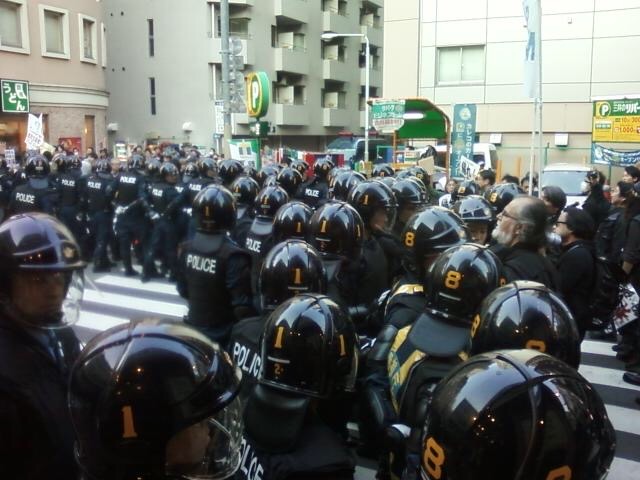 And with that, it all seemed to be over. Not sure where the big crowd of marchers had ended up when the van got stuck in those side streets, but there was no sign of them and the counter-demonstration also dispersed. I went and got whatever it was I was getting, ate some ramen, and went home to teach some Skype lessons. Just another Sunday in Tokyo!

More Tokyo posts here, and check out my quick guide to Tokyo