This page originally appeared on my Rugby Guide Japan website, providing information for rugby fans attending 2019 Rugby World Cup matches in Japan. It may still be useful for future visitors, so I’ve moved it here after taking the rugby site down; Rugby Guide Japan is archived here if you want to check it out.

It’s accessed via Kumamoto Station, which is 30 or 40 minutes south of Fukuoka by shinkansen. It’s then a 50-minute bus ride from Kumamoto Station to the stadium, see here for shuttle bus information.

The stadium’s located in a rural area, surrounded by some typical Japanese countryside: 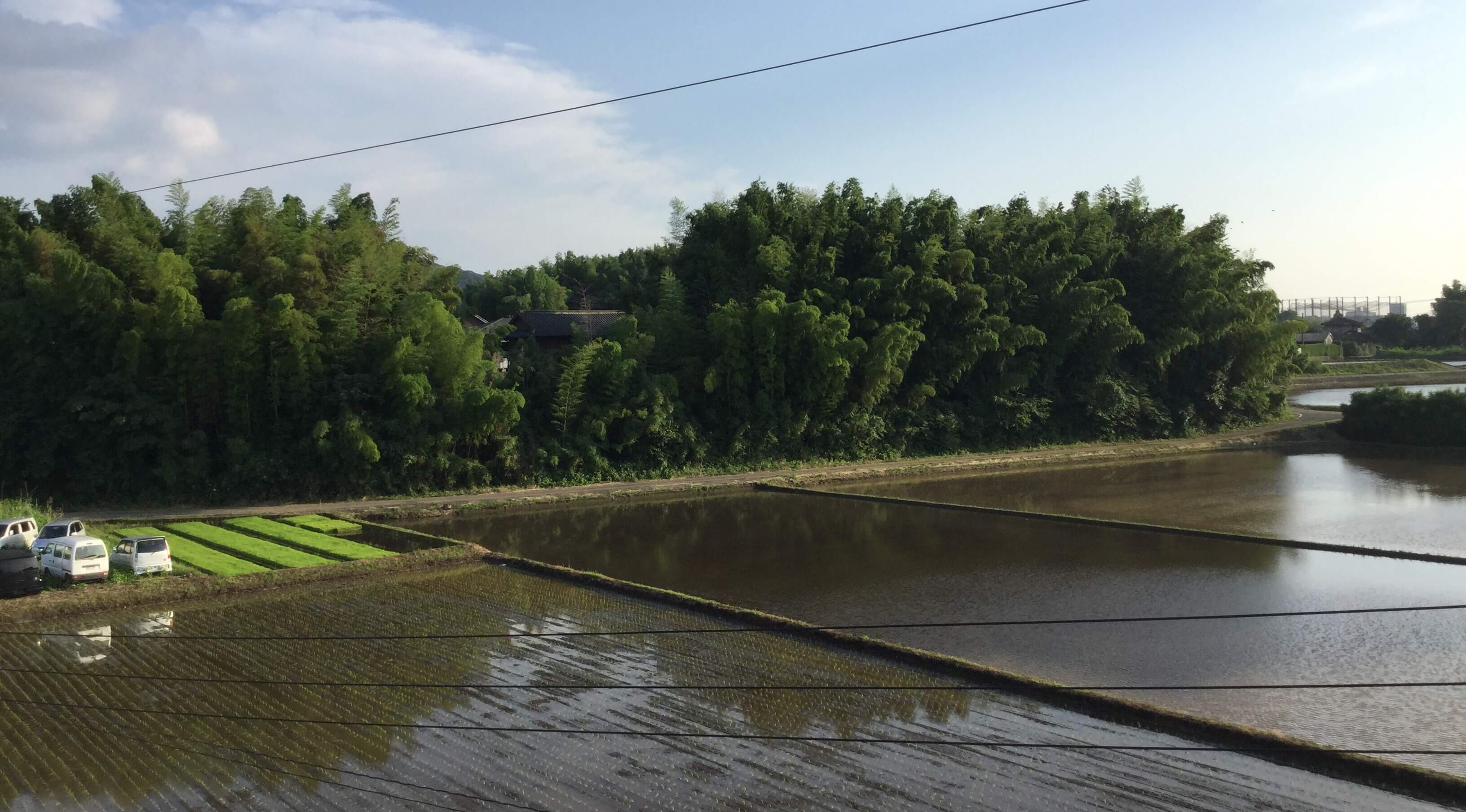 Distant view of the stadium complex: 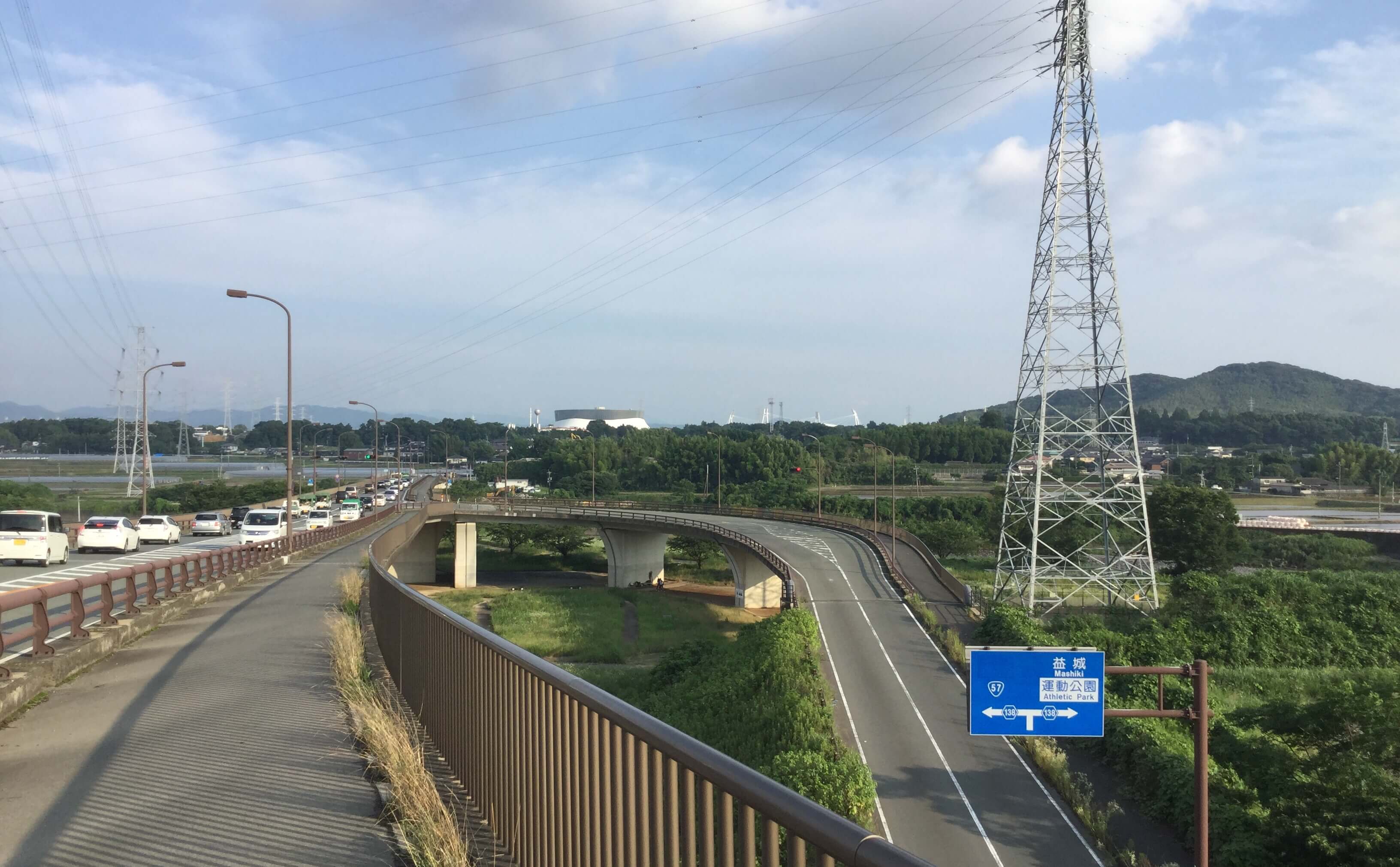 Search here for hotels in Kumamoto

It’s also feasible to stay in Fukuoka and travel to a match in Kumamoto by shinkansen, especially if you use the JR Pass. See hotels in Fukuoka

Kumamoto has two tram lines which run through the main downtown area and connect to the main train stations. You can use IC cards on the trams, and also on the city’s buses if you ride them. 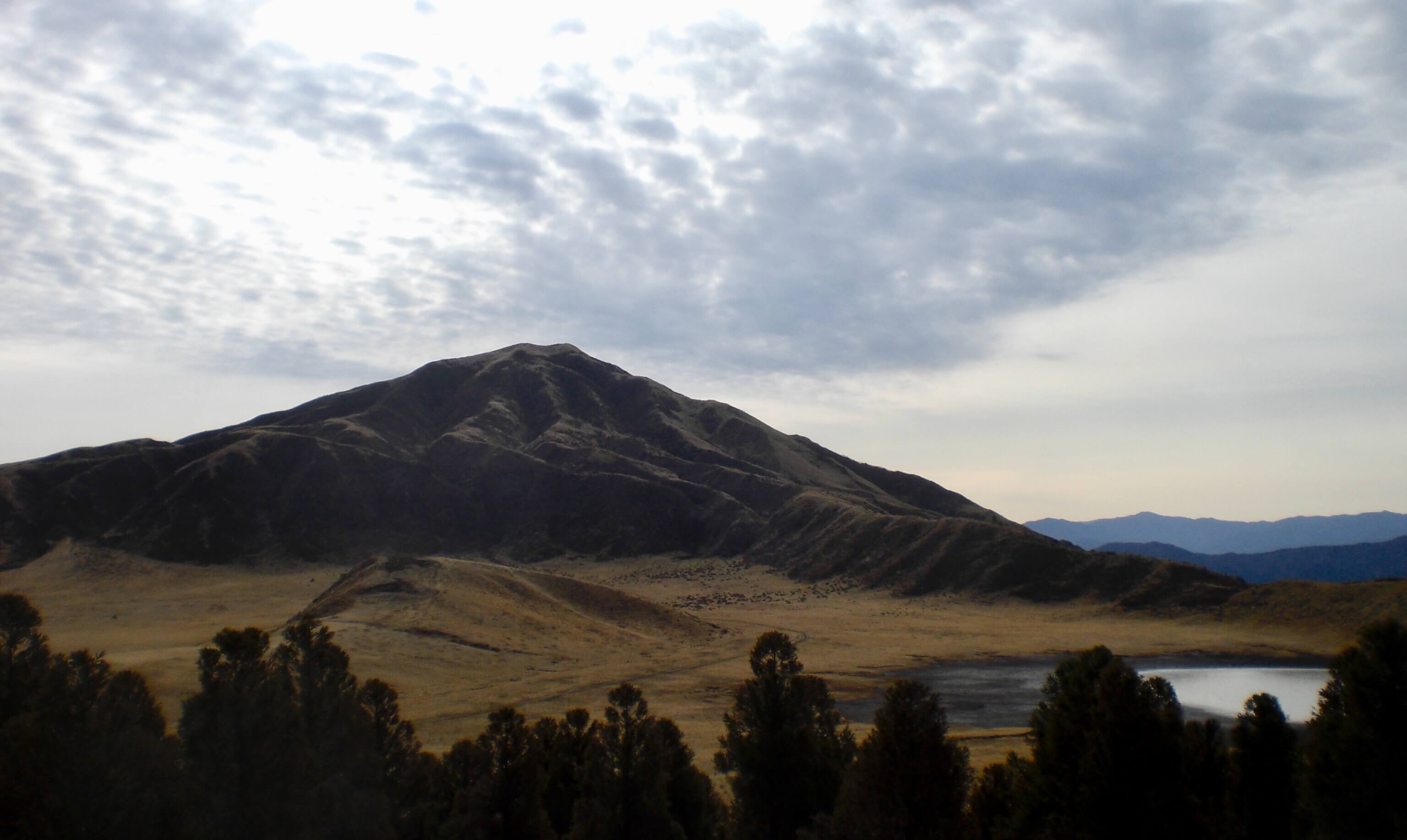 Things to Do in Kumamoto

Kumamoto Castle is one of the largest in Japan. While the existing structure is a modern reconstruction of the original, it’s known for being arguably the best modern castle reconstruction there is (in fact only a dozen original castles remain); unfortunately the castle was badly damaged in the 2016 Kumamoto earthquake and is undergoing repairs which will take several years. This means you can’t visit it as usual, but during the week that the two matches take place in Kumamoto you’ll be able to see the castle from a viewing platform.

The White Egret Castle in Himeji (near Osaka) is probably the easiest original castle to visit while you’re in Japan for the rugby, see here. 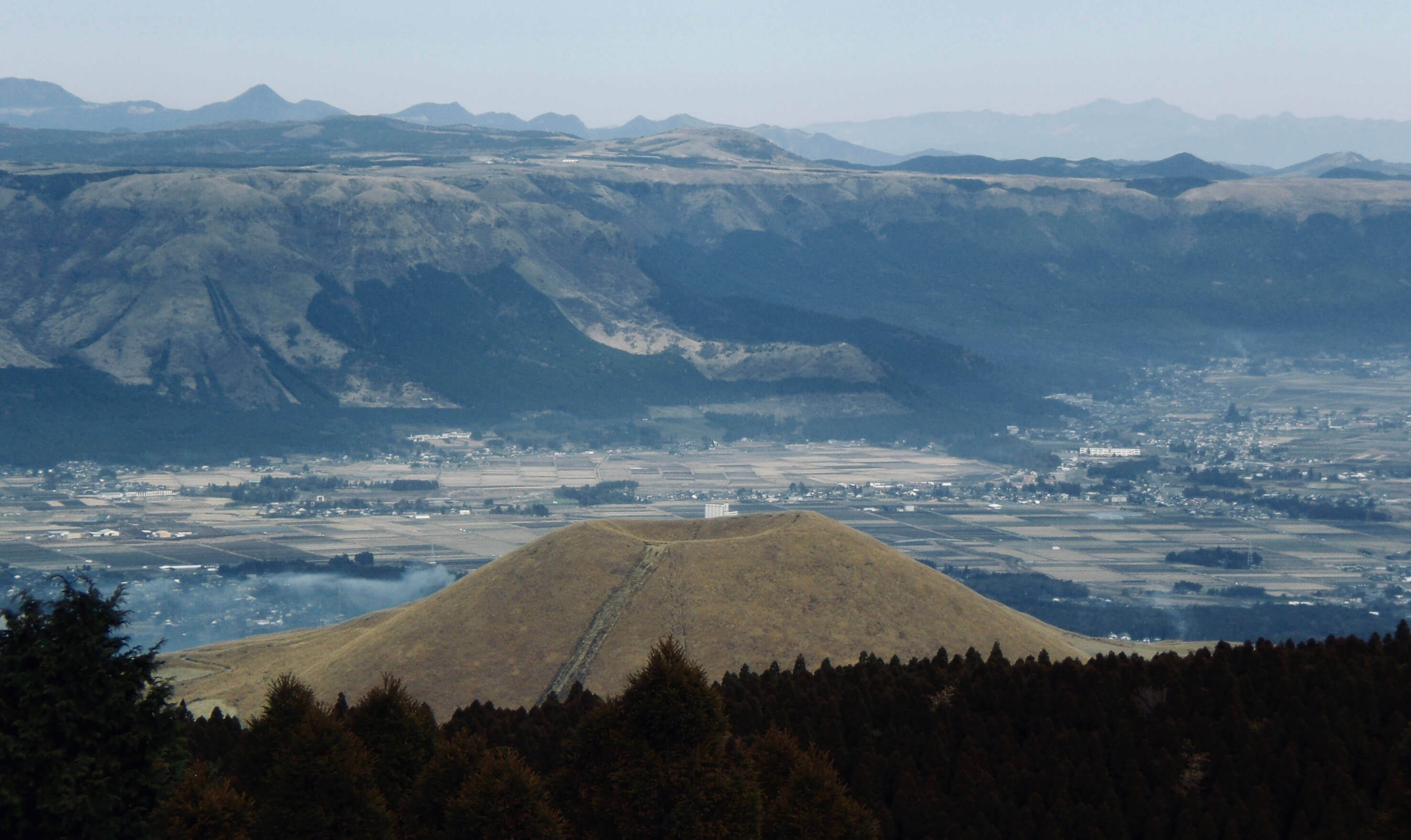 Mt Aso, or Aso-san, is a beautiful volcanic caldera in the middle of Kyushu, lying halfway between Kumamoto & Oita and easily reached from both. It takes around 2 hours to reach Aso Station from either direction, so while it is doable as a long day trip it’s better to stay a night or two if you can (search Aso hotels here). The caldera itself is huge, some 25km across, with a series of volcanic cones at its centre. They’re very much active, but conditions permitting you can go right to the Nakadake crater rim by ropeway or on foot (a 30-minute hike or quick ropeway ride from the bus stop, which is a 30-minute bus ride from Aso Station). It’s one of the easiest active volcanic craters you can visit anywhere on Earth, and you’re treated to views (and smells) of the crater lake and the clouds of poisonous gas it emits. Note that if the gas emissions (or other volcanic activity) are too high, access to the crater is closed off so check before heading all the way there. 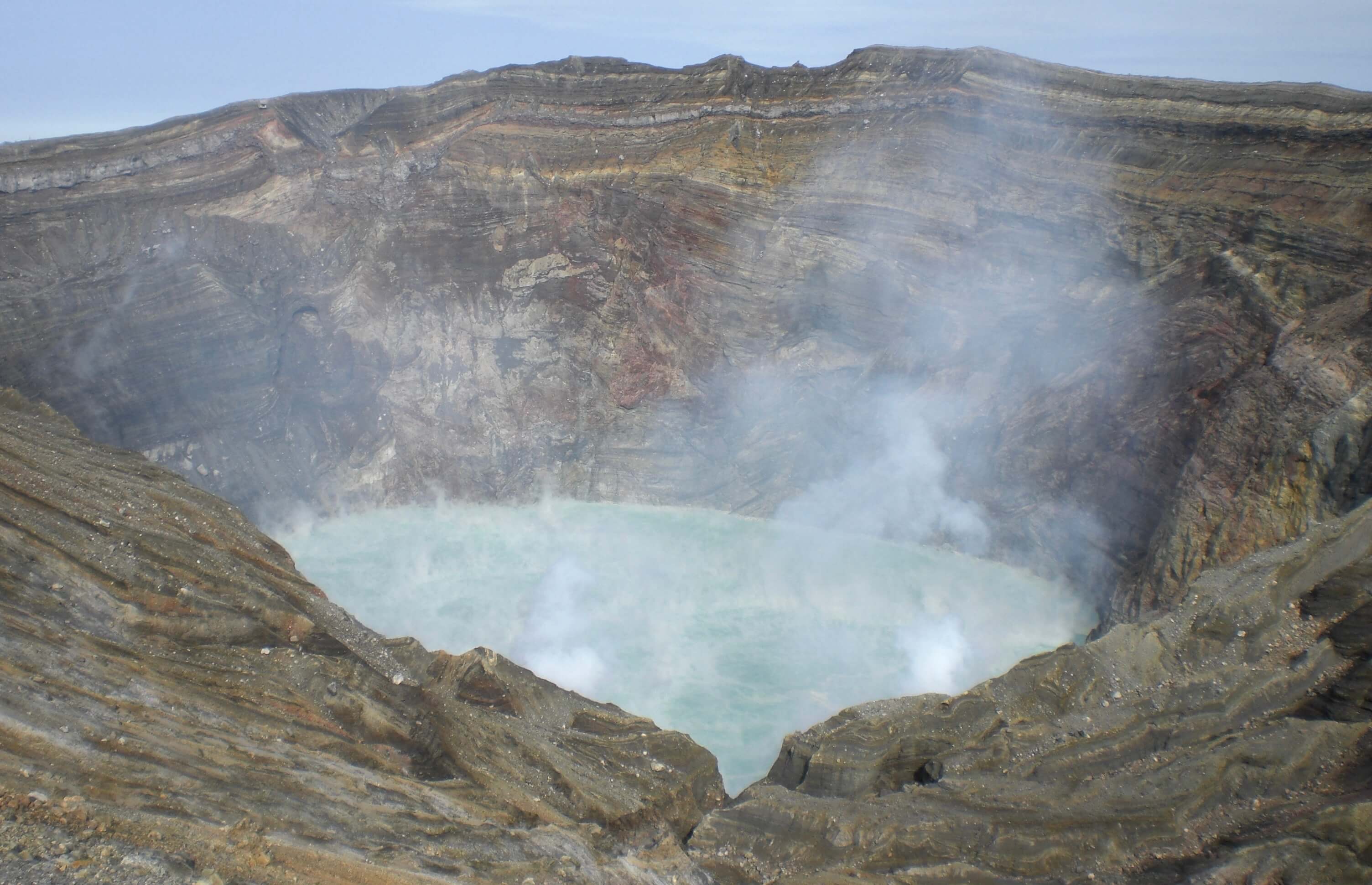 It’s a 2-hour bus ride to Aso from Kumamoto Station, see here & here. The train line was damaged in the 2016 Kumamoto earthquake and is unlikely to be running again by the time of the World Cup. From the other direction it’s a 3.5-hour bus ride from Beppu (see here), or you can take the train from Beppu or Oita. It takes about 2h15 from Oita by local train (2130 yen), while the limited express Aso Boy is 20 minutes faster for 3580 yen; obviously if you have the JR Pass just take the limited express.

Any questions about watching the rugby in Kumamoto? Give me a shout below and I’ll get back to you.

Useful Links for the Rugby in Kumamoto

Click the banner to pre-order your JR Pass and save 40 dollars, or see my JR Pass guide:

Check out my Japan posts and Japan travel guide