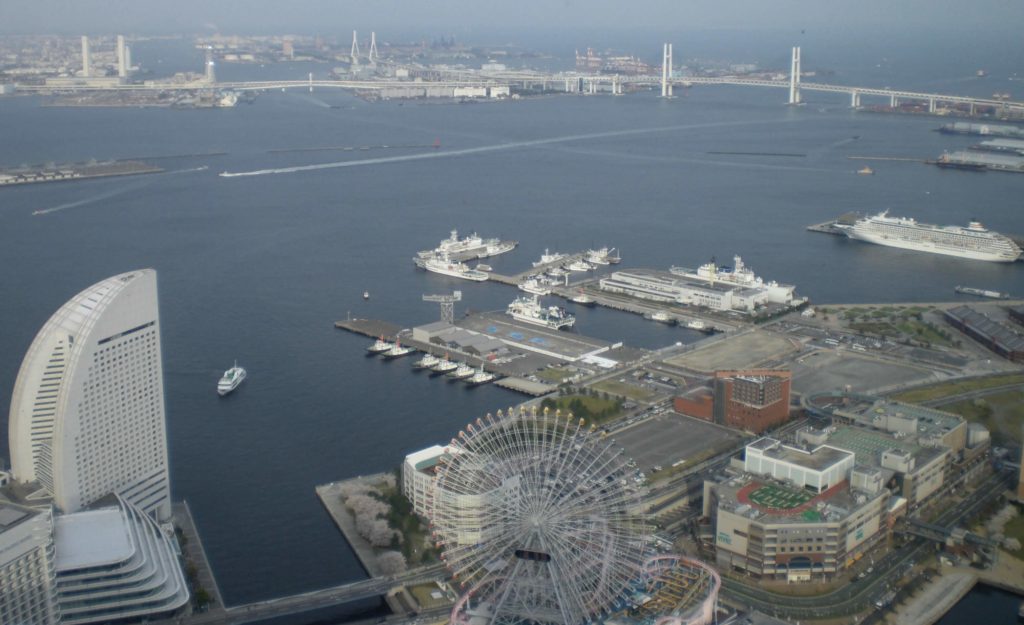 Yokohama’s often overlooked as just another part of the Greater Tokyo sprawl, but it’s a great city in its own right and with its own character. Yokohama International Stadium (see here) is being used for Olympic football matches (including the men’s final) and Yokohama Stadium (a different stadium!) will host the Olympic baseball & softball. Also the sailing will be down in Enoshima to the south of Yokohama – if you’re visiting for the Olympic sailing it would make sense to base yourself in Yokohama if you can’t find anywhere closer. Even if you don’t attend any events in Yokohama it still makes a good daytrip from Tokyo, perhaps in combination with nearby Kamakura (home to the Great Buddha, see below).

Where to Stay in Yokohama

If you’re thinking of staying in Tokyo, see here

New users can get a $35 discount from their first Airbnb rental through 4corners7seas, simply click here and sign up.

If you have a JR Pass you can use it on all the JR lines in Tokyo & Yokohama, most significantly the Yamanote Line (the main Tokyo loop line) and Chuo Line (which bisects the Yamanote east/west and more directly connects Tokyo Station to Shinjuku). However a good percentage of your travel in Tokyo & Yokohama is likely to involve non-JR trains, e.g. the Yokohama Blue Line to the football stadium. If you don’t have a JR Pass it’s easiest to get an IC card, and even if you do have a pass you’ll still want an IC card for the non-JR trains. For more on IC cards see here

Things to Do in Yokohama

Minato Mirai: Yokohama’s photogenic waterfront is called Minato Mirai, meaning ‘Future Port’, and was completely redeveloped in recent decades from the rough old dockyard area. These days it consists of business & leisure facilities including the converted Akarenga red brick warehouses (now an artsy shopping centre with good restaurants & bars on the top floors, see here), an amusement park with a large Ferris wheel and various other rides, and the Landmark Tower (until recently Japan’s tallest building) with a good observation deck at the top (see here). The Landmark Tower stands near the main JR Yokohama Station, and the waterfront promenade runs east from there via the amusement park, various shopping malls & museums, the Akarenga warehouses, etc, to Yamashita Park; it’s about a 30-minute walk end-to-end if you don’t stop. Yokohama’s Chinatown is a short walk inland from Yamashita Park, so if you start with the Landmark Tower and stroll along the waterfront checking stuff out along the way, finally aiming for a meal in Chinatown, you have the makings of a good day out. Minato Mirai has a good homepage here; access is on foot from JR Yokohama Station, or from the half-dozen stations along the privately operated Minatomirai Line (IC cards accepted) which runs from Yokohama Station to Motomachi-Chukagai (Chinatown) Station

note: there are direct through services along the Minatomirai Line to/from the Tokyu Toyoko Line to Shibuya, and the Tokyo Metro Fukutoshin Line from Shibuya to Ikebukuro and beyond, meaning you can actually ride a single train from Ikebukuro right to Yokohama Chinatown without changing, though you still get charged for the 3 tickets (by Tokyo Metro, Tokyu, and Minatomirai). Sounds confusing? Check train routes on Hyperdia (see here for an explanation on how to use it) and just follow its recommended route from your starting point; to handle the fares easily use an IC card. 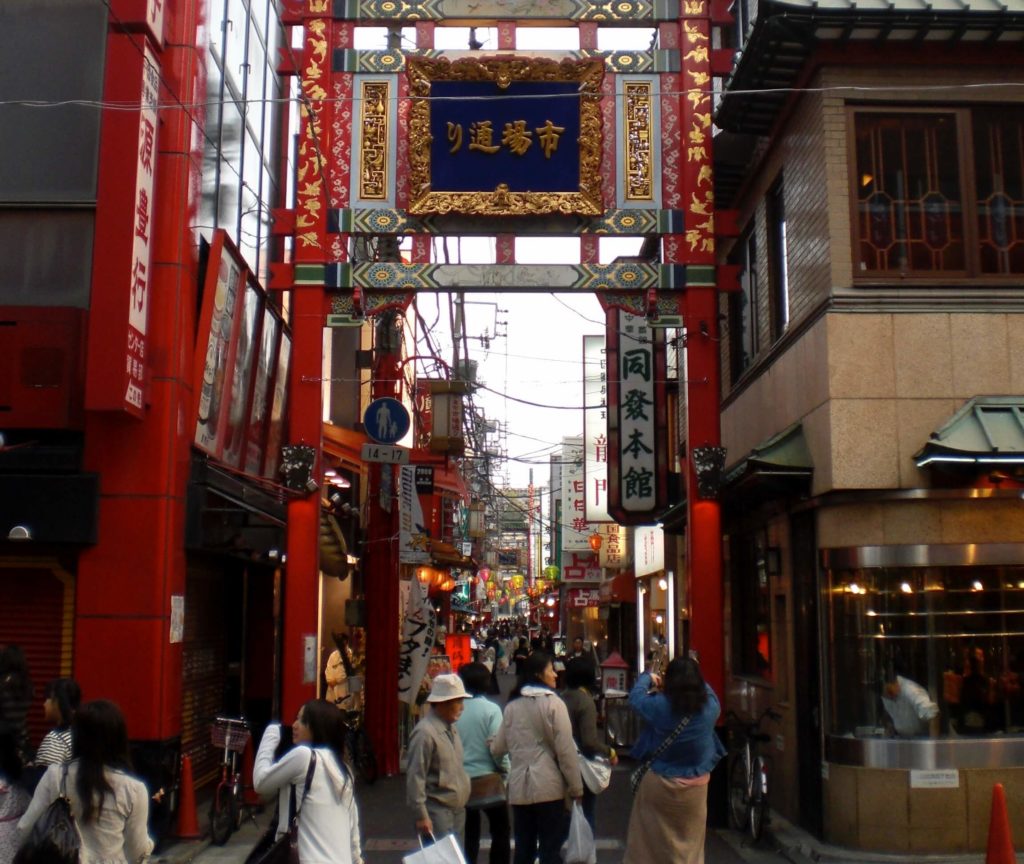 Chinatown: Japan’s largest and most famous Chinatown is Yokohama’s Chukagai (the other two are in Nagasaki and Kobe), in fact one of the world’s largest, and it’s a great place to go for food at the end (or beginning) of an amble along the Minato Mirai waterfront. It occupies the blocks just west of Motomachi-Chukagai Station on the Minatomirai Line, or alternatively it’s a short walk northeast of JR Ishikawacho Station on the Negishi Line (3 stops from JR Yokohama). They have a homepage here, though it’s in Japanese only.

Kirin brewery tour: Kirin is one of Japan’s main beer labels and you can take a tour of their brewery in Yokohama (with tasting session at the end). For access see the map on their homepage here (homepage only in Japanese unfortunately); the closest station is Namamugi on the private Keikyu Line (a 10-minute walk), or if you’re using the JR Pass the closest JR station is Shin-Koyasu (15-minute walk).

Nightlife: for clubbing it’s best to hop on a train up to Shibuya, but Yokohama has a great bar scene of its own especially in the jazz house department. The Noge district is the main area for this, lying inland from Minato Mirai to the southwest of Sakuragicho Station (one stop from JR Yokohama); there’s a good write-up here.

For live big screen sports head to The Tavern, a 10-minute walk west of Yokohama Station. 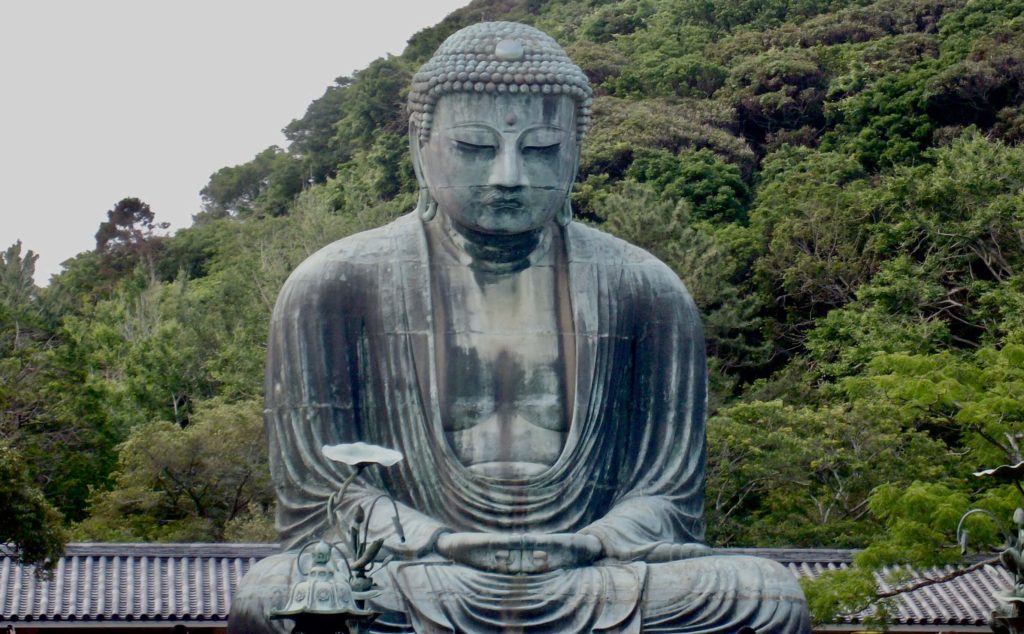 Kamakura: Home to the Kamakura Great Buddha and a number of beautiful temples, with some good hiking trails in the hills behind and views over Sagamihara Bay. Kamakura makes a nice easy day-trip from Yokohama e.g. head to the Great Buddha & Hasedera Temple first, then perhaps head on to nearby Enoshima (a popular little island just off the coast) or head back to Yokohama for a Chinatown dinner. If you’re going to watch the Olympic sailing at Enoshima you can easily pop over to Kamakura from there.

Kamakura’s just 25 minutes from Yokohama Station direct on the JR Yokosuka Line, and at Kamakura Station switch to the Enoshima Railway (aka Enoden) 3 stops to Hase Station from where you can walk up to Hasedera Temple & the Great Buddha at Kotoku-in. Enoshima is just 20 minutes further along the same line; get off at Enoshima Station and it’s a 15-minute walk to the island over the bridge (see here for more info)

Hakone: the Fuji-Hakone-Izu National Park lies not far west of Yokohama, consisting of the Mt Fuji area and the Izu Peninsula. If you want to actually climb Fuji, the Olympics is at the right time of year but note it’ll be super-crowded; see here for a few tips. 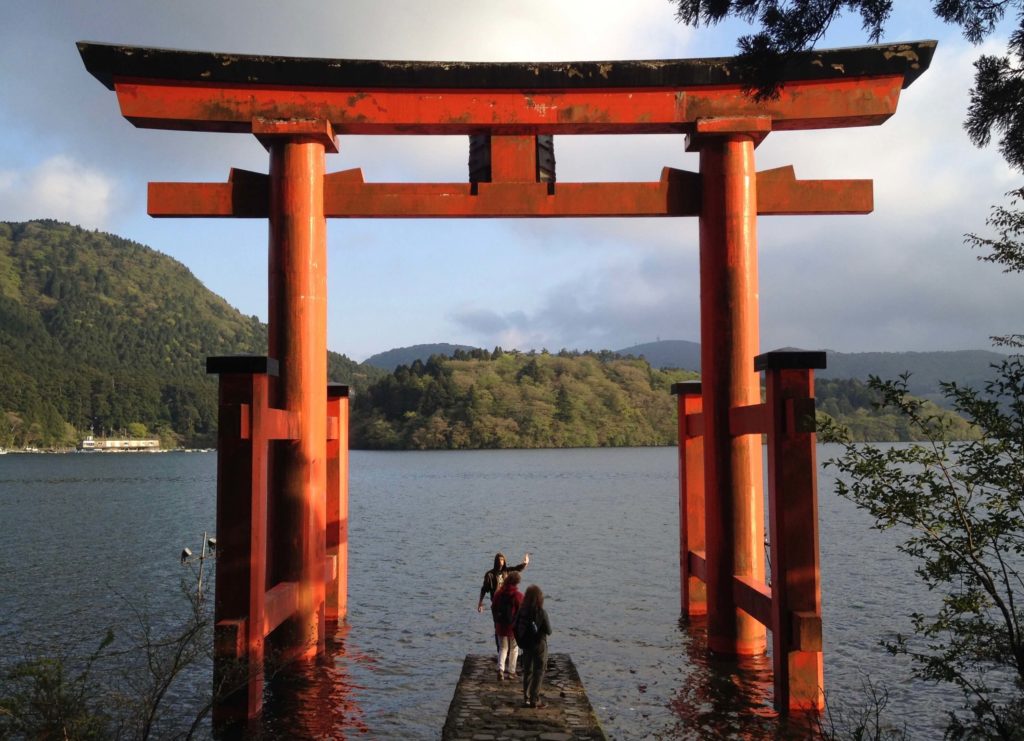 The easiest bit of the park to visit from Yokohama is Hakone, and it’s a nice place to visit in summer for cooler temperatures due the higher altitude (and again another good spot for the autumn colours later in the year). From Odawara Station you can catch the bus (around an hour) up to Lake Ashinoko, where you can take a boat cruise on the lake and ride the Hakone Ropeway; that’s plenty for a day-trip, and you can descend to Odawara and take the train back to Yokohama or Tokyo (half an hour by Kodama shinkansen). You can also stay up there at one of Hakone’s hotels or ryokan, and take your time to check out the various museums, the other ropeway (there are two, the other one being the Komagatake Ropeway up Mt Komagatake), ride the scenic Hakone Tozan Railway, and soak in the hot springs. You can get the Hakone Free Pass (see here) for 2 or 3 days which covers the ropeways, local buses, sightseeing cruise, and scenic railway. Check out the Hakone homepage here, and search hotels in Hakone here

Any questions about Yokohama? Give me a shout below and I’ll get back to you.

Click the banner to pre-order your JR Pass and save 40 dollars, or see my JR Pass guide for full details:

Search Hotels Combined for hotels in Yokohama or Tokyo

Check out my other Japan posts and Japan travel guide