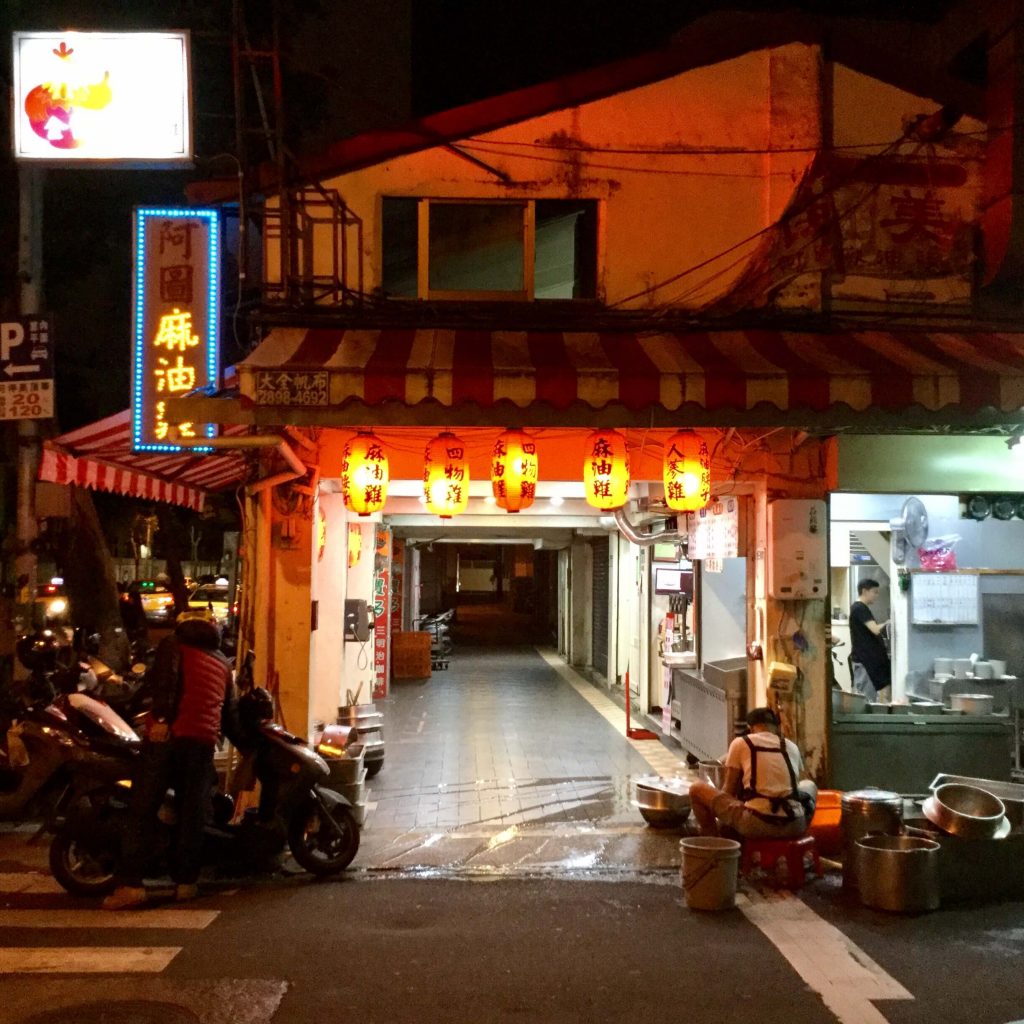 I’m not sure why I stopped and snapped this picture at the time, but it captures a really typically Taiwanese scene – the guy doing the dishes in the gutter after the restaurant’s closed for the night, the lanterns, the other guy about to get on his scooter, and the recessed sidewalk of the qilou (騎樓)… away from the night markets and the central clusters of neon, this is actually how most of Taipei looks late at night.

(Never been too keen on seeing the dishes being done like that, but the food’s always great and I never got sick!)

Qilou buildings like this comprise much of the urban fabric of Taiwan’s cities (and are also common in Hong Kong & Macau, and parts of southern China like Guangzhou); the residential upper floors protrude out above the commercial units along the ground floor, the resulting overhang allowing for a recessed sidewalk with a roof overhead.

If you spend any time in Taiwan you’ll quickly come to see why this is desirable, providing as it does shelter from both the sledgehammer of the summer sun, and the bucketloads of torrential rain which so often fall. Walking around in Taiwan on hot or rainy days would be absolutely brutal without the qilou protecting you!

They’re not so common in outlying suburban residential areas, such as New Taipei City, where the huge new modern blocks of flats are usually constructed without a qilou design, but folk living out there tend to zip around everywhere by scooter anyway, and you’re unlikely to find yourself walking around there while travelling in Taiwan.

One thing that always does my head in, though, is people filling up the qilou space with their parked scooters – not a design flaw in the qilou, so much as people being totally inconsiderate with their scooter habits! But the often crappy (and far-too-frequently dangerous) habits of Taiwan’s scooter drivers is another topic for another day…